"Chasing Cars", which appeared on the Snow Patrol album "Eyes Open", has become the 322nd song to top one billion streams on the popular music-streaming platform. 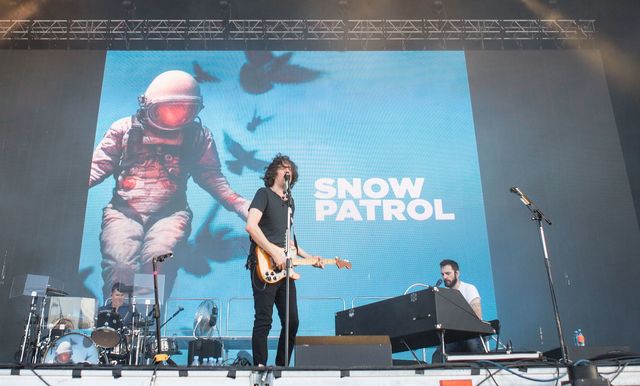 The song, which appeared on the Snow Patrol album "Eyes Open", has become the 322nd song to top one billion streams on the popular music-streaming platform.

"Chasing Cars" has received a number of other prestigious accolades since its release 16 years ago.

In 2009, UK music licensing body PPL announced that it was the most widely played song of the decade in the UK, while in 2019, it was also named the most-played song on UK radio in the 21st century.

It was also the last-ever song to be performed live on the iconic BBC music show "Top of the Pops".

The song became an instant classic in the UK and Ireland, while it rose to prominence in the United States after it featured in an emotional scene in the season-two finale of "Grey's Anatomy".

Snow Patrol lead singer Gary Lightbody described the song as "the purest love song" he has ever written in an interview with Rolling Stone.

"There's no knife-in-the-back twist. When I read these lyrics back, I was like, 'Oh, that's weird.' All the other love songs I've written have a dark edge'."

Lightbody also explained the meaning behind the song's name, stating that it came from a piece of advice his father gave him about a girl he was in love with.

"You're like a dog chasing a car. You'll never catch it and you just wouldn't know what to do with it if you did," Lightbody said, remembering the advice his father gave him.