Sheeran by Lowden allows young guitarists to acquire a Lowden Guitar and experience the instruments he uses on stage at a fraction of the price. 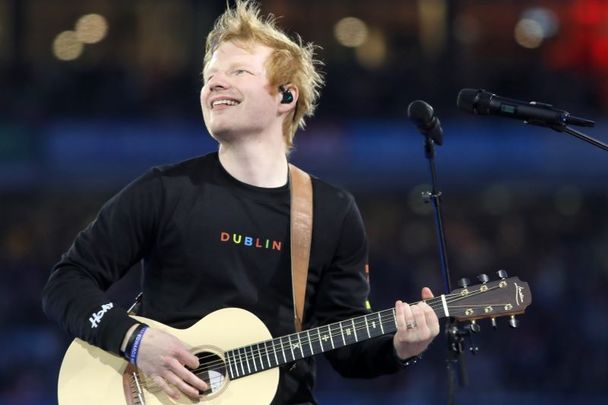 Ed Sheeran has teamed up with Lowden Guitars, based in Co Down in Northern Ireland, to allow fans to experience the instruments he uses on stage.

Sheeran first played a Lowden Guitar in 2012 after being presented with one Co Down native Gary Lightbody, the frontman of the band Snow Patrol.

Lightbody presented Sheeran with his own original Lowden - an authentic Bushmills guitar that Sheeran used to write five of the songs that featured on his album "X" (Multiply), which peaked at number one in 15 different countries.

Lightbody later asked founder George Lowden to make a guitar for him so that he could give it to Sheeran as a present. Lowden promptly developed the "Wee Lowden," a unique small guitar that later became a new model of Lowden Guitars.

Lowden and Sheeran have developed a friendship over the past decade and are now seeking to give young musicians access to quality instruments, encouraging them to learn, progress, and create music.

Sheeran by Lowden allows young guitarists to acquire a Lowden Guitar at a fraction of the price, the English musician said in a video on Instagram.

"When I was a kid, the guitar I wanted the most was a guitar from this guitar company in Northern Ireland called Lowden," Sheeran said. "I wanted one throughout my youth, but it was too expensive for me to afford.

He said he has played with Lowden guitars at "every single show" since Lightbody presented him with one.

"I couldn't help think that I wanted to create something for a kid like me 10 years ago to have the same experience as having a Lowden," Sheeran said.