The iconic video passed the landmark milestone on Saturday evening. 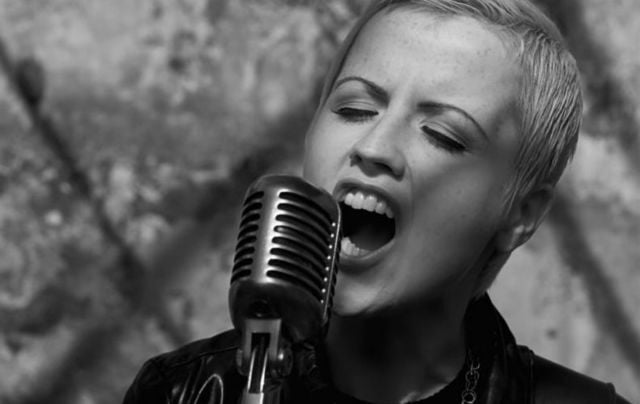 Dolores O'Riordan, frontwoman for The Cranberries, penned Zombie after the IRA Warrington bombings in 1993. TheCranberriesTV, YouTube

"Zombie" by Irish rock group The Cranberries has become the first Irish music video to surpass one billion views on YouTube.

The iconic video, which passed the landmark milestone on April 18, joins an exclusive club of fewer than 200 videos that have passed the billion mark on the popular video-sharing site.

The song had been moving toward one billion views for several months after The Cranberries' official YouTube channel asked viewers to help them become the first Irish band to get to the milestone six months ago.

The band celebrated the achievement just over two years after frontwoman Dolores O'Riordan died in London.

"We are so delighted with the news that Zombie has reached 1 Billion views on YouTube! 🎉 We are sure Dolores has a big, proud smile on her face too. Thank you so much to all our fans around the world for supporting us over so many years." ❤️
- Fergal Lawler #ZombieToABillion pic.twitter.com/KXTRuo1s6I

Originally released in 1994, the song was written about the IRA bombings in Warrington, England, in 1993 which killed two children.

The protest song condemned the use of violence during the Troubles and deals with a mother's heartbreak after their innocent child was killed in the Warrington bombing.

O'Riordan, who wrote the powerful lyrics, said in an interview that she wanted to distance herself from the small minority of Irish people who used violent means to achieve a United Ireland, giving rise to the famous "it's not me, it's not my family" lyric.

O'Riordan detested that the bombers claimed they carried out the act of terrorism in the name of Ireland.

The song's famous video was shot in the heart of the Troubles in Belfast and was banned by the BBC in Britain since it showed children holding guns.

Despite being written specifically about the Troubles in Northern Ireland, the song resonated with anti-war protestors the world over.

While the song is undoubtedly an anti-IRA song, it is also an anti-violence song.

It is one of just six songs recorded in the 20th century to celebrate one billion views.

You can check out the now record-breaking video here:

Read more: Listen to a spine-tingling tribute to The Cranberries' Dolores O'Riordan