WATCH: Bill Murray reveals that he almost died in Ireland

"They saved my life up there," Bill Murray said of Co Galway while at the JP McManus Pro-Am charity golf tournament in Co Limerick this week. 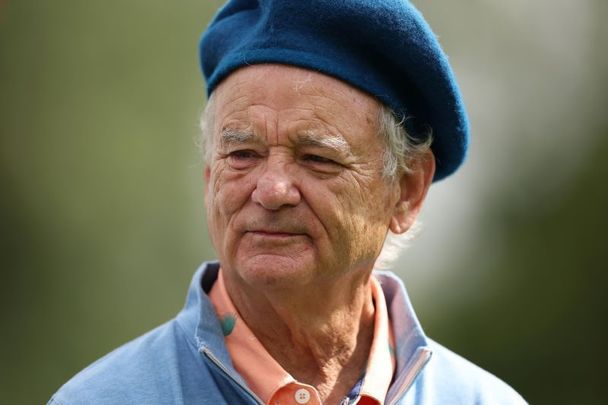 July 4, 2022: Bill Murray during Day One of the JP McManus Pro-Am at Adare Manor in Co Limerick, Ireland. Getty Images

Bill Murray's apparent love affair with Ireland continues as he reveals he had a brush with death in Co Galway last year.

Murray, who was spotted in a Limerick jersey at the All-Ireland Senior Hurling Championship Semi-Final at Dublin’s Croke Park on Sunday, was down in Co Limerick for the JP McManus Pro-Am Tournament at Adare Manor on Monday and Tuesday.

At the charity tournament, Ireland AM interviewer and former rugby player Tommy Bowe asked Murray what he made of the Galway - Limerick matchup that ultimately saw Limerick victorious.

“Yeah, that was a big day," Murray said. "I was torn because I spent a lot of time in Galway last year. They saved my life up there when I got the COVID.

“So, whoever won, I was going to be happy enough, but since I was rolling with a Limerick crowd it was a good day for all of us.”

Bowe replied: “Oh wow, that’s a scary enough one! Ireland’s obviously something special to you here?”

In his classic deadpan, Murray replied: “Well, yeah, I almost died here,” but continued, “No, it’s - all my ancestors come from here, so I’m indebted.”

When Bowe asked if Murray was nervous to partake in the McManus Pro-Am, which sees a golf pro team up with three amateurs, Murray said he wasn’t really nervous, “just unqualified.”

While he may be "unqualified," there's no doubt about Murray's passion for not only golf, but golf in Ireland. Last year, the "Caddyshack" star was in Ireland to film his YouTube golf series "The Links Life" alongside golfing author Tom Coyne.

Murray told RTE at the time: "We talked about it a lot and we felt like so many Irish were forced to emigrate to America that we should try to return the favor and get some people coming back."

He added: "We've got four of my six - now five - brothers are here. Three of my six sons are here, three of my five nephews are here, one of my brothers-in-law."

During the JP McManus Pro-Am this week, Murray was teamed up with Irish superstars Niall Horan and Jamie Dornan, who as a trio were matched with pro-golfers Luke Donald on Monday and Sam Burns on Tuesday.

In a surprise to absolutely no one, Donald said playing with Murray, Horan, and Dornan on Monday was "some craic."

Of course, with a name like "Murray," we can be sure that the Hollywood actor has Irish roots. Murray grew up in Wilmette, Illinois, as part of a large Irish Catholic family. His father's father emigrated from Co Cork while his mother's family hails from Co Galway.