A regular visitor to Ireland, Murray was pictured alongside Limerick businessman JP McManus and Australian golfer Adam Scott, who also donned a Limerick jersey for the occasion. 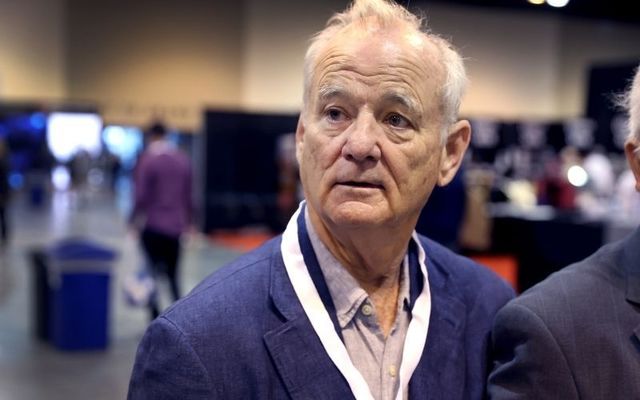 US actor Bill Murray was spotted wearing a Limerick jersey at Sunday's All-Ireland Hurling semi-final between Galway and Limerick at Croke Park.

A regular visitor to Ireland, Murray was pictured alongside Limerick businessman JP McManus and Australian golfer Adam Scott, who also donned a Limerick jersey for the occasion.

🎶If there's something strange in your neighborhood
Who you gonna call...👻 pic.twitter.com/6f1GDr61zS

The famous actor has been about and about since arriving in Ireland in June, delighting pubgoers by visiting Charlie Malone's Bar on Wolfe Tone Street in the middle of Limerick City.

Pub owner Paddy Kelly told the Irish News that Murray stayed in the bar for over two hours and took part in a sing-song with other musicians in the pub.

A video of Murray singing "The Star of the County Down" with other patrons at the pub has since gone viral on social media.

"He was so warm and friendly and was very funny - deadpan humor," Kelly told the Irish News.

Murray will also be taking part in the JP McManus-organized Pro-Am golf tournament in Adare Manor this Monday and Tuesday.

Originally due to take place in July 2020, the Pro-Am features 20 of the world's top 31 golfers, including Rory McIlroy, Shane Lowry, Jordan Spieth, and Tiger Woods.

Celebrities including Murray, Westlife's Shane Filan, Jamie Dornan, and Niall Horan will also be taking part in the high-profile event.

Last year, Murray took on a number of Irish golf courses for the YouTube series "The Links Life" with American author Tom Coyne.