"The Banshees of Inisherin" failed to win any of the nine prizes it was up for at the 2023 Critics' Choice Awards. 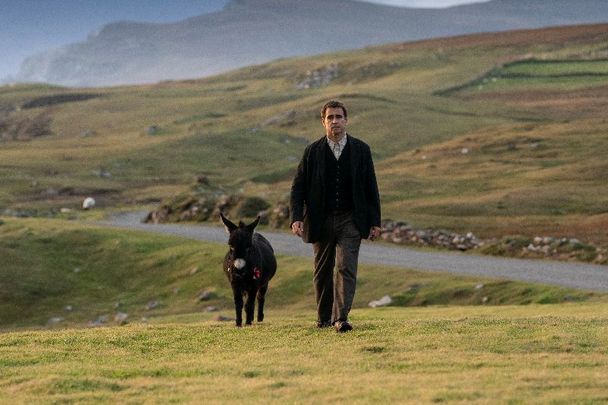 “The Banshees of Inisherin,” which won three Golden Globe awards last week and is generating serious Oscar buzz, walked away empty-handed at the Critics' Choice Awards which were hosted last night, January 15.

Before it was revealed that "Banshees" had scooped nine nominations, the film earned the Critics' Choice seal of distinction back in October:

Congratulations to the cast and crew behind ‘The Banshees of Inisherin'. The film has earned the #CriticsChoice Seal of Distinction from the Critics Choice Association.
⭐️⭐️⭐️⭐️@Banshees_Movie #bansheesofinisherin #bansheesmovie pic.twitter.com/GhiiXyk8vl

"Banshees" stars Colin Farrell and Brendan Gleeson didn't get to attend Sunday's Critics' Choice Awards ceremony after they both tested positive for COVID during the week. Both attended the Golden Globe Awards earlier in the week on Tuesday night, where "Banshees" won three awards.

There were several other Irish nominations at Sunday's Critics' Choice Awards, though no big wins.

Co Kildare native Paul Mescal, who rose to fame in the 2020 adaptation of "Normal People," was nominated in the Best Actor category (where Farrell was also nominated) for his role in "Aftersun." The film also received nods in the Best Original Screenplay and Best Young Actor / Actress categories.

Sharon Horgan, who was born in London and raised in Ireland, was nominated in the Best Actress in a Drama Series category for her role as Eva Garvey in the Apple TV+ series "Bad Sisters," for which she also served as executive producer.

Domhnall Gleeson, son of "Banshees" star and fellow nominee Brendan Gleeson, was nominated in the Best Supporting Actor in a Limited Series or Movie Made for Television category for his performance in FX's "The Patient."