Paul Mescal is currently performing in "A Streetcar Named Desire" in London, one of the hottest tickets on the West End, putting an end to a busy year for the Irish actor. 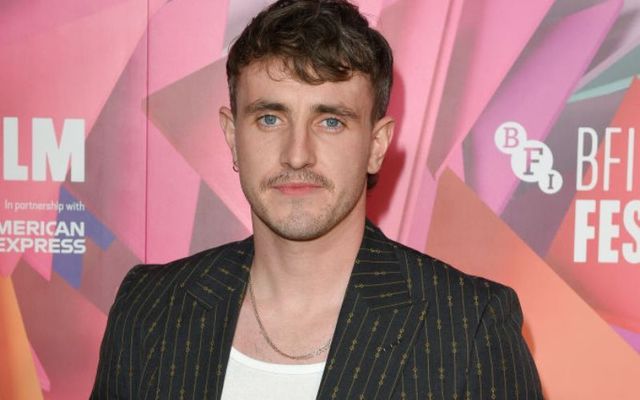 It's been a busy year both professionally and personally for Co Kildare born star Paul Mescal.

Here's what we know for sure about Paul Mescal – he’s currently starring in "A Streetcar Named Desire in London", one of the hottest tickets on the West End, and he recently purchased a house, with a mortgage, somewhere in Ireland.

And here’s what we don’t know – the status of his relationship with American singer Phoebe Bridgers, who he’s been dating for more than a year and even brought to Ireland last Christmas to celebrate the holidays in what she called a “rom-com” setting.

There’s tons of speculation about P+P, with fans reckoning that they’ve split because she’s been hanging out with some comedian and was spotted kissing another guy, or something like that. Then a YouTuber asked her about getting over heartbreak – not mentioning Paul – and Phoebe replied, “You just have to do it. And it’s gonna end at some point but you can’t make it end, that’s my tip.” So who the heck knows? No doubt they’ll both be fine, whatever their relationship status is, and they’re both super busy. Phoebe has a full slate of shows for 2023, many of them as an opener for Taylor Swift, and Paul’s career is on fire.

Though professional critics haven’t weighed in yet on Streetcar, which debuted on December 17 at the Almeida Theatre, those who have seen it are flooding Twitter with positive reviews. “Beg borrow or steal a ticket,” one tweeter wrote, with another saying, “Saw Paul Mescal in Streetcar Named Desire and hands down one of the best performances I’ve ever seen.” Many of the shows, which run until February 4, are already sold out.

A Streetcar Named Desire on stage 👇

In a recent interview with the U.K. Financial Times, Co. Kildare native Paul revealed that he bought himself a home in Ireland, though at first, he was having doubts about doing so after the huge success of the BBC-Hulu series Normal People in 2020 which made him a bona fide star.

“After (Normal People) came out I wanted to actively move away from (Ireland). And in the past two or three years, I felt a desire to think maybe more long-term about where I would spend time off between jobs,” he revealed.  Ireland, he says, “It’s a beautiful part of the world. It’s peaceful. And the people are kind.”

“I hope I don’t hate it in five years…I’m afraid of that,” he adds. “It’s just… all of those burgeoning adult things like having a mortgage… it’s…slightly stressful. But exciting. You have to grow up at some point.”