Did Paul Mescal and Phoebe Bridgers break up? No one - besides them - seems to know for sure, but Irish Twitter has some feelings about it. 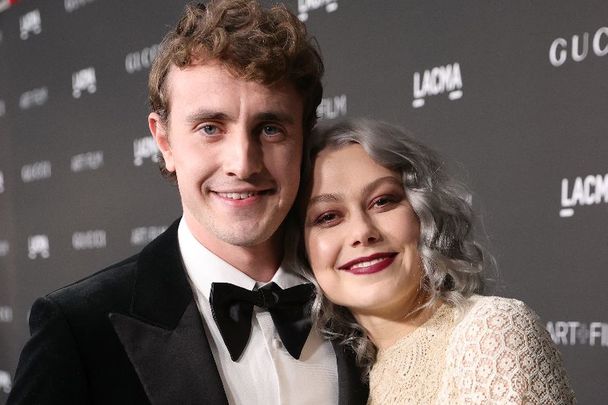 Paul Mescal may or may not have broken up with his long-term partner Phoebe Bridgers, according to some reports that have lit Irish social media on fire.

Mescal, a native of Co Kildare who is one of Hollywood’s most talented rising stars, may have called off his rumored engagement with Indie rock star Bridgers amid speculation that she had been cozying up with American comedian Bo Burnham.

According to Jezebel, the rumors gained speed after the December 15 episode of the "Deux U" podcast charted sightings of Bridgers and Burnham “making out,” “canoodling,” and “cuddling” at different spots around Los Angeles.

A Jezebel staffer further reported seeing Bridgers and Burnham sitting together at the Monday night showing of “KATE” at the Connelly Theater in New York City.

“It felt flirtatious,” the Jezebel staffer said. “Like he was trying to impress her.”

The rumors come just a few weeks after Bridgers said that she spent last Christmas in Ireland with Mescal and his family, describing the visit as a “rom com.”

While there isn’t solid proof that Mescal and Bridgers have called it quits, and neither they nor Burnham has commented on the rumors, Irish Twitter has been sent into a tizzy.

(Twitter, mind you, is where the duo's romance first blossomed after Bridgers' cheeky tweet about watching Mescal in "Normal People.")

One Twitter user said Burnham is “no longer welcome in Maynooth,” and later added that Kildare “will rise to defend Paul Mescal should we need to.”

Kildare is in mourning and will rise to defend Paul Mescal should we need to.

Very appropriately, the flags at Leinster House are at half mast amid the breakup, at least according to Not the RTÉ News:

BREAKING: Varadkar announces that the flag will be flown at half-mast at Leinster House today following the split of Paul Mescal and Phoebe Bridgers pic.twitter.com/PkmY6yFDe3

Hell hath no fury like a scorned Irish mammy:

If Phoebe Bridgers really has broken up with Paul Mescal then let me tell you this; his mam is NOT mincing her words this Christmas

Perhaps Mescal will head to the pub (or 12) to mend his broken heart?

do you think will paul mescal go home to the boys this christmas for 12 pubs with the lads to mend his little heart. i hope so.

Has Ireland been cheated out of a celebrity wedding?

It's the GAA club whose function room Paul Mescal booked for the engagement party that I feel sorry for.

While his relationship could be over, Mescal's career is on the rise. After his award-winning performance as Connell Waldron in the critically acclaimed "Normal People," the adaptation of Irish author Sally Rooney's novel, the Irish actor is getting Oscar buzz for his performance in this year's "Aftersun."