Paul Mescal is Irish, not British 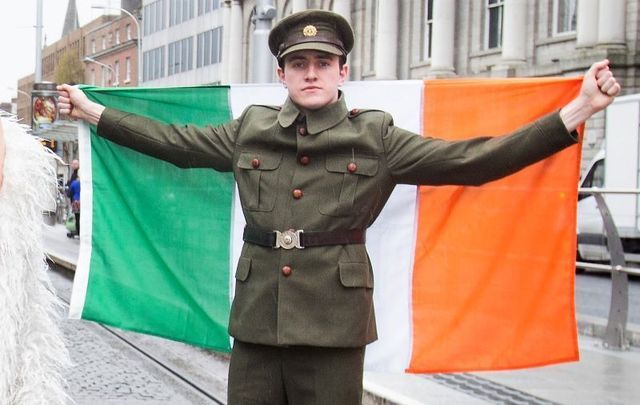 April 2018: Paul Mescal featured as Lt. Langon in The Abbey Theatre and the Lyric Hammersmith’s production of "The Plough and the Stars" by Sean O’Casey. RollingNews.ie

Several UK publications claimed Paul Mescal as British after he was nominated for an Emmy.

Paul Mescal, of Co Kildare (in Ireland), is enjoying a meteoric rise to fame after his performance in “Normal People” (set and filmed in Ireland), an adaptation of (Irish) author Sally Rooney’s novel, has garnered near-universal praise.

As it happens, Mescal’s role as Connell Waldron in the BBC Three / Hulu series was so well received that he nabbed himself an Emmy nomination in the Outstanding Lead Actor in A Limited Series category alongside Jeremy Irons (Watchmen), Hugh Jackman (Bad Education), Jeremy Pope (Hollywood), and Mark Ruffalo (I Know This Much Is True).

Good man, Paul. The (Irish) actor was rightfully delighted with the news:

My actual face right now! Thank you to absolutely everyone at @ElementPictures,@hulu and @bbcthree! @lennyabrahamson I will never be able to thank you enough ❤️! @DaisyEdgarJones this only exists because of you and your extraordinary talent it’s as simple as that! Thank you all x pic.twitter.com/s3t6hqr0SW

However, Mescal may have very well been "sobbing" after reading some of the UK publications who quickly and erroneously claimed him as British after his nomination.

The first faux pas quickly spread across Twitter after Donald Clarke, a film correspondent for The Irish Times, shared this screengrab:

In case you were wondering, double whammy there from the Guardian. Hardly worth mentioning anymore. pic.twitter.com/kLcHDvtjRe

Not only did The Guardian claim Mescal as British, they also tried to claim Andrew Scott, who is a native of Dublin. The Guardian has since quietly updated the line in the article to say “There was a strong showing for British and Irish talent…”

As of July 29, the headline on the Daily Mail article still includes Mescal as British: 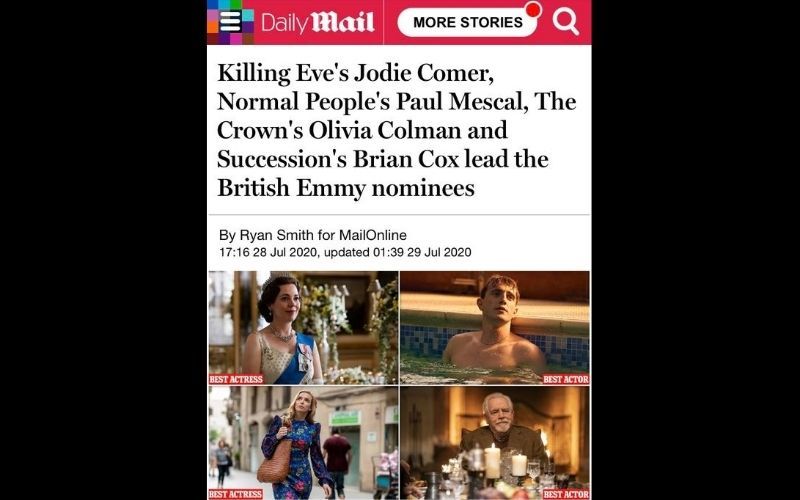 And the UK version of The Sun tweeted on July 29 that Mescal was among the “Brit stars” who scored an Emmy nomination: 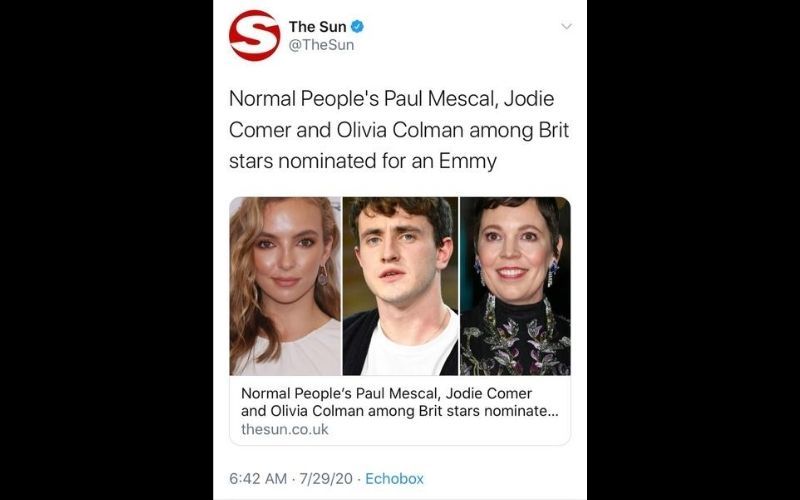 But it was Paul who had the final - and now viral - word:

And there you have it, straight from the source - Paul Mescal is Irish, not British.