Paul Mescal happy on the road with Phoebe Bridgers

Paul Mescal has opened up about his sweet relationship with American indie singer-songwriter Phoebe Bridgers. 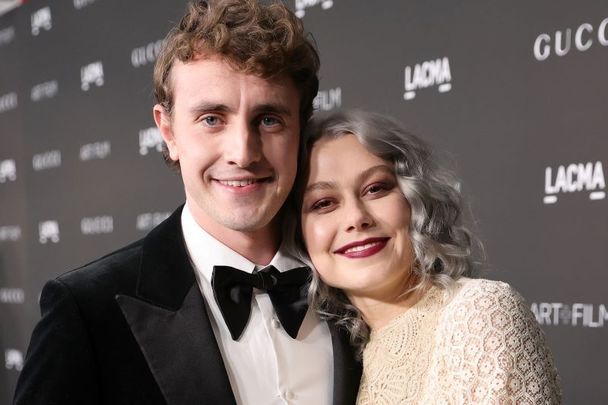 Fame became so intrusive for Paul Mescal that he deactivated his social media accounts to try and keep some semblance of privacy after 2020’s "Normal People" made him a big star. And he rarely talks about his personal life, but last week he opened up a little bit during an interview with Bustle.com to promote his new film, "God’s Creatures."

Mescal, 26, has been dating American indie rocker Phoebe Bridgers for about a year now. She’s been more public about their relationship than he’s been, but they’ve walked a few red carpets and spend a lot of time together, especially as she’s touring.

“I really, really enjoy being around her and her band and her friends. It’s also great to get to see a country that I’m not familiar with,” Kildare native Mescal told Bustle.

“I really like the Pacific Northwest. Love that neck of the woods, like Portland. New York. I feel like I’m a pretty relatively enthusiastic person, so it’s all been really happy.”

When Bridgers, 28, is doing her thing on stage, Mescal is off to the side tending to her dog Maxine.

“(Maxine is) excellent on flights. Excellent with noise. People love her. She’s like a great extension of us, in representing well in every social interaction.”

"God’s Creatures," filmed in Ireland, sees Mescal starring alongside Emily Watson and Aisling Franciosi. He plays a prodigal son who has come home after many years away, and is soon accused of rape.

Later this month, he’ll be seen in "Aftersun," and towards the end of the year "Foe," which co-stars Saoirse Ronan, will drop.

And did we mention Mescal will be starring in "A Streetcar Named Desire" in London in December? He’s down to play Stanley Kowalski, a character first made famous by Marlon Brando.

“In terms of how I’m approaching it, I’m fighting the urge to do something different just for the sake of doing something different. I think it’s important to just understand and know why Marlon Brando’s performance was so good and not feel allergic to that,” Mescal recently told Slant Magazine.

“Nor do I have any intention of attempting to copy anything that he’s done. But as much as I can, I’m trying to approach it as a new piece of work.”

"A Streetcar Named Desire" will play at the Almeida Theatre from December 10-February 4, in case anyone happens to be in London and wants to check it out.

"Derry Girls" season three is finally on US Netflix!

WATCH: Brendan Gleeson's gnarly SNL promo has us hyped for his hosting gig