What better place to escape to than the islands that dot Ireland's magnificent coastline? 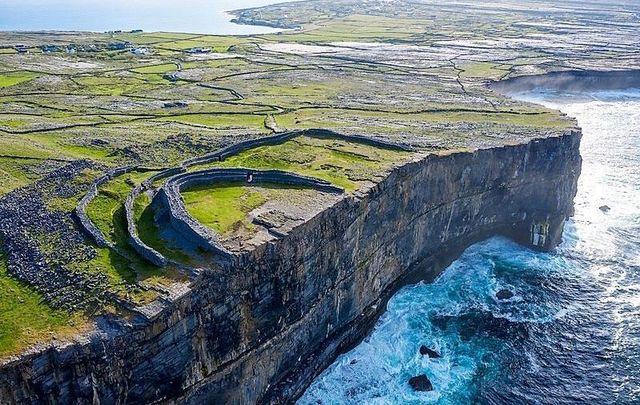 Looking for some unspoiled beauty to soak up during your trip to Ireland? Thankfully Ireland has no shortage of stunning islands dotting its entire coastline.

Here’s the best of what to see if you decide to go offshore on your trip to the Emerald Isle! 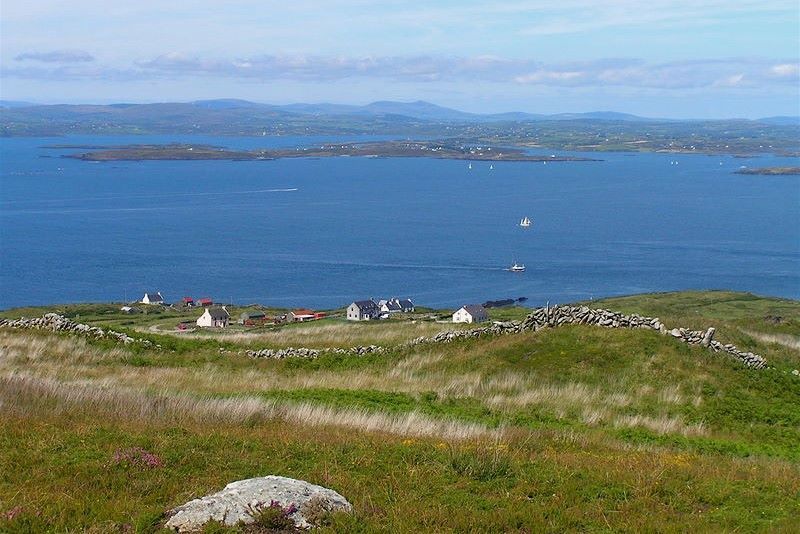 Cape Clear Island, located just off of Co Cork in the beautiful southwest coast of Ireland, is one of the 15 Gaeltacht islands where Irish remains the primary spoken language of the local population. Ferries are available from coastal towns Schull and Baltimore.

The Cape Clear Island International Storytelling Festival takes place on the island on the first Friday each September and an annual Walking Talking Festival began in 2010.

Most islanders eke out a modest living by engaging in traditional methods of farming. Like many Irish islands, the island has a deep-rooted connection with Irish literature. An extensive program of tours and guided lectures take place there during the summer. 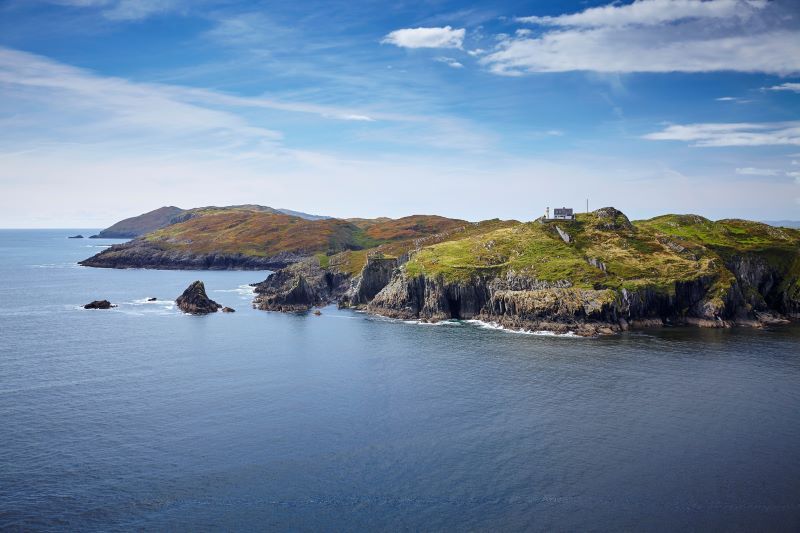 While traveling the south coast, nearby Sherkin Island also warrants a visit. The island is the ancestral home of the O’Donovan clan, but nowadays it is best known for its popular sailing regatta, usually held on the third weekend in July.

The island was once one of the more populated islands, with a population once numbering close to 1,000, but numbers have steadily dwindled ever since the Great Famine.

The island boasts many excellent tourist amenities, including camping spaces. 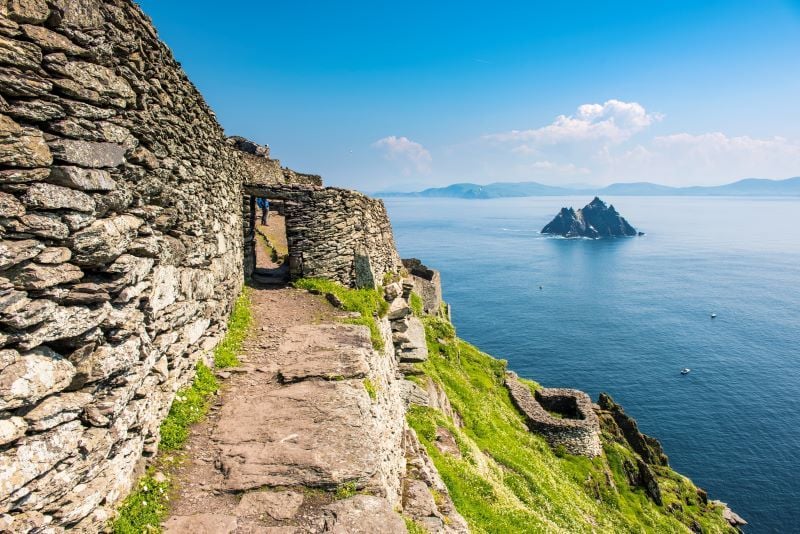 Further West one is led to Skellig Michael, the site of an ancient monastic settlement, which has since been opened to tourists and is currently seeing massive interest after being featured in Star Wars: The Force Awakens.

Despite some recently voiced safety concerns, the island remains a popular destination for tourists and affords magnificent vistas out to see. A UNESCO World Heritage site, it is accessible by boat only. 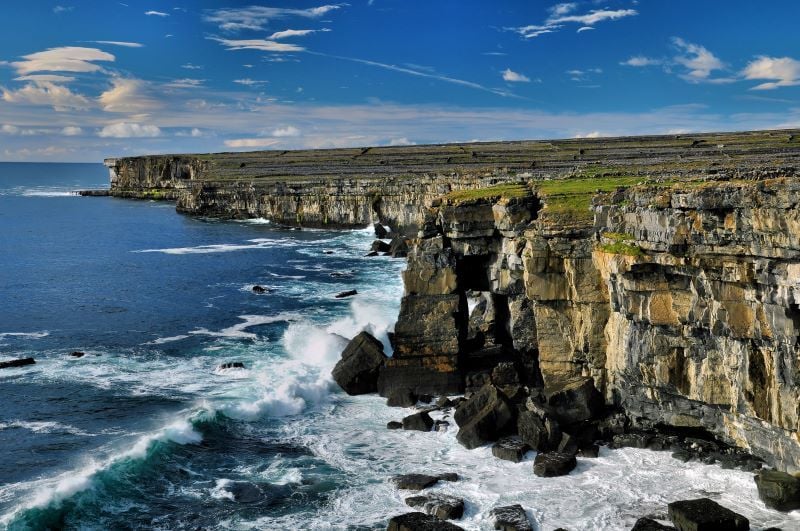 Undoubtedly the most famous of Ireland’s islands are the three Aran Islands, located off the country’s west coast, accessible by ferry from Ros a’Mhil, a port 23 miles west of the city of Galway.

There are three islands in the chain: Inis Mor (the largest of the three), Inis Meain, and Inis Beag. All three islands are serviced by small airfields which Aer Aran Islander still services.

The islands are steeped in a rich cultural and literary tradition and have left an indelible mark on the Irish psyche. All three islands are Gaeltachts. Popular tourist activities involve visiting the islands’ many pubs, seeing the many scenic vistas, and buying a traditionally-made Aran sweater. 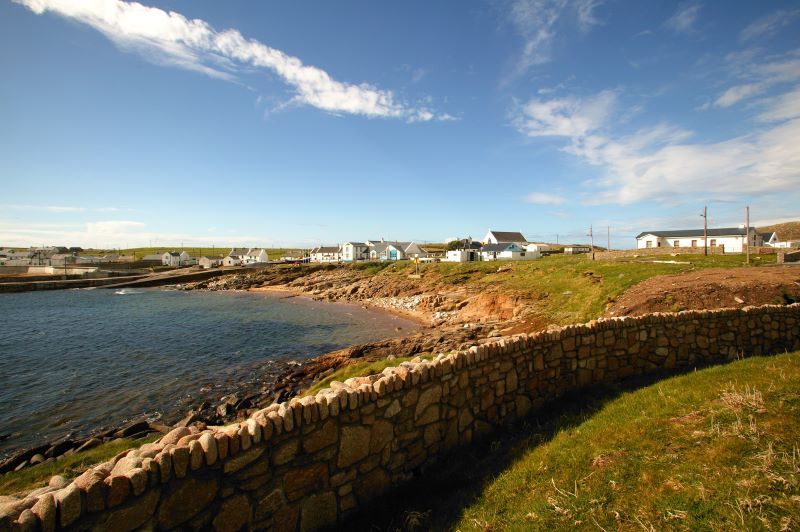 Tory Island, located off the Donegal coast, is Ireland’s most remote island, situated 12 kilometers (8 miles) from the mainland. Its population numbers about 130, making it one of the larger islands by demographics.

It features an impressive array of facilities, from cafes to B&Bs, to restaurants, there’s something for every tourist on the island.

Interesting historical sites include a round tower that once protected monks from Viking raids, the ruins of St. Colmcille’s sixth-century monastery and the intriguing Tau Cross that suggests early seafaring links to the Coptic Christians of Egypt.

The island also boasts an abundance of rare birdlife and wildflower species as well as a rich submarine landscape that can be explored through the local diving center. 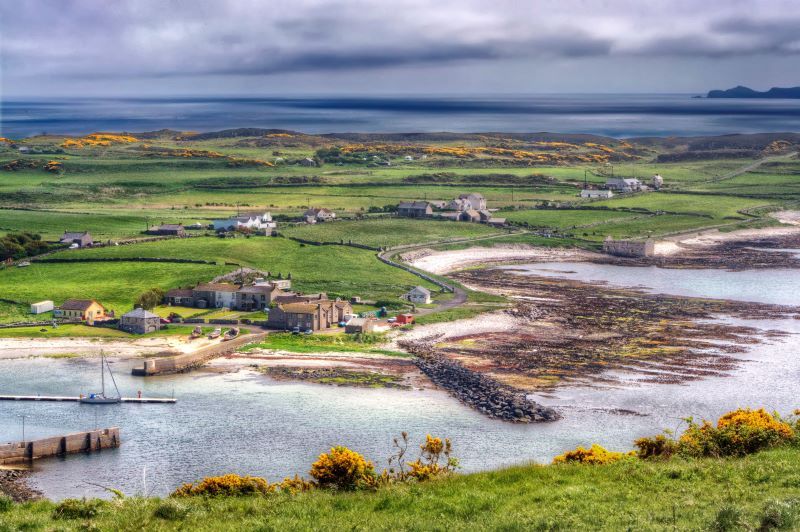 Rathlin Island, off the North-East coast, was one of the country’s first inhabited islands. A popular writers’ weekend takes place there in September. 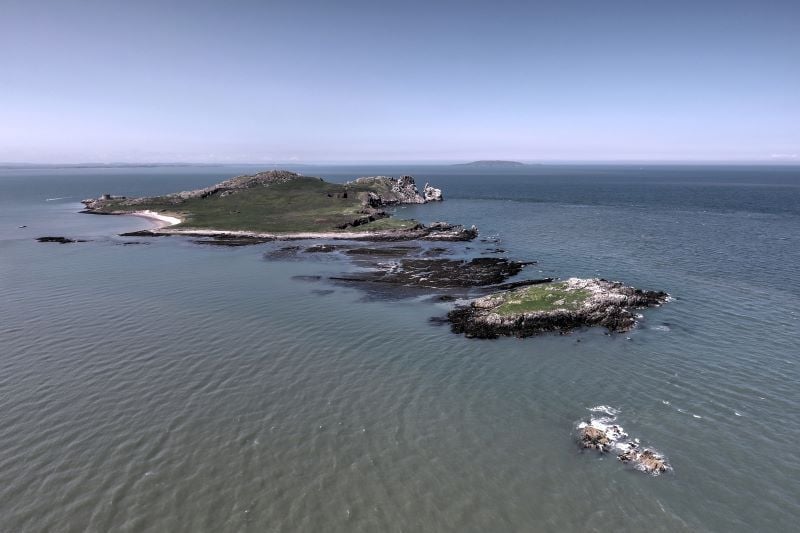 St. Nessan founded a monastery here in the sixth century and today the remains of an eighth-century church can still be seen. In the early 19th century a Martello Tower was built to defend against attack from France.

It’s now best known for bird-watching, with birdwatchers flocking to the island in droves between late spring and late summer.

Where's your favorite island in Ireland? Let us know in the comments!