Irish American Debra Kelly looks back on her first year living in Ireland and what surprised her the most. 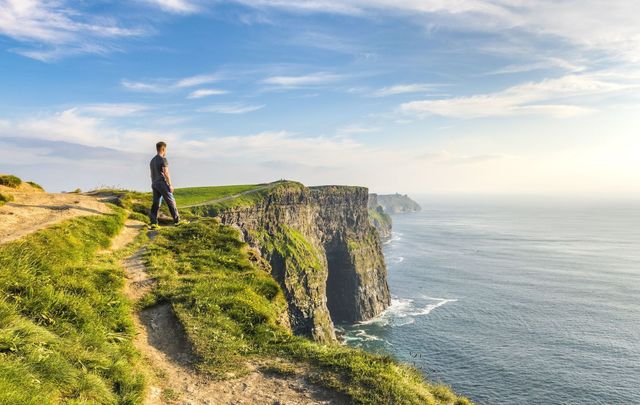 Surprises about living in Ireland are aplenty but the history of the place is what really has really made me rethink the American approach to time.

Vacationing in a foreign country and moving to one is obviously a very, very different experience. You haven't really gotten to know any culture until you've had to navigate their policies for getting car insurance, or realized that you have absolutely no clue where to go to get some of life's basic necessities. (And then been shocked at the price.)

Since moving here in 2015, my husband and I have managed to make our way through all that (although we're still occasionally stumped by where to find some of those “once-in-a-blue-moon” purchases), and I've realized a few things along the way.

In many ways, Ireland has been exactly what I imagined. There are pubs with no televisions and a focus on conversing with the person in front of you; there's a bit of favoritism toward fresh – and locally sourced – foods; the roads are terrible and it takes forever to get from Point A to Point B.

But some things, I didn't expect.

The most noticeable thing is a massively different sense of scale and time. Sitting in countless U.S. history classes, we're taught about the high points in American history. Focal points here are different – I expected that – but the way history is viewed is still completely mind-blowing.

In the States, the events of even a few decades ago are officially History. That means World War Two happened ages ago, World War One is even more distant, and the Civil War and the American Revolution seem so far in the distant past that they might as well have happened eons ago. 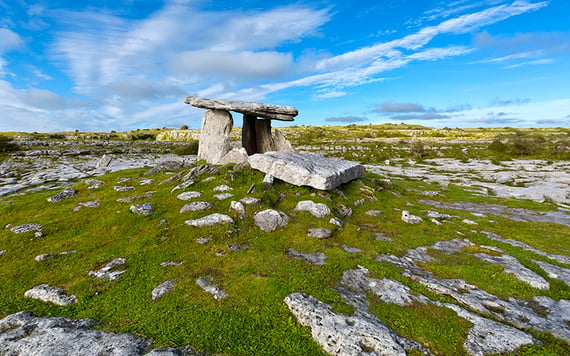 An ancient Dolmen in the Burren, Co. Clare.

I expected much the same to be true here, that there would be an immovable, unmistakable sense of the time that has elapsed since one monumental, historical event or the other. If anything, I figured it would be even more drastic with just the sheer amount of history the country has.

I was pretty wrong.

Attitudes toward the passing of time here are completely different. A U.S. student might have a vague notion that a great-grandparent served in WWI or WWII, but Irish families still remember their relatives from the Easter Rising as though they were still sitting around the dinner table. They still tell stories about that time that Great-Great-Aunt Mary rode her bicycle from Kildare to Dublin (isn't she crazy?) and they still remember being regaled with stories about the 1839 Night of the Big Wind, even though that night was felt by family members who are long gone.

In the U.S., there were more people I grew up with that had only the vaguest recollection of even their own grandparents, and there were plenty of people who had only the foggiest notion of their own aunts and uncles.

“Old” in the U.S. is a few hundreds of years and after having spent a lifetime in that frame of mind I was fully expecting to find the same thing here. But here, the house we're living in is older than the U.S. itself, and that's not uncommon. It's humbling, really, to think of the generations that have lived in the same home you're in now, to think of the holidays that have been spent there, the stories that have been told around the fire, and the people who lived out their days here before there was even such a thing as electricity.

You can feel it, too, especially on clear nights. With the closest neighbors kilometers away, the night sky is unlike anything I had ever seen in the States. I never expected that to be so different here, either, but it is. It's grander, somehow, more sprawling and endless and epic.

It was only when we moved that I found out there was a sort of disconnect between the idea of age and actual history, and history here is on such a grand, sweeping, yet very personal scale that it's difficult to understand until you see just how items and events that are hundreds and hundreds of years old touch modern life, each and every day.

Seeing it as a tourist is much different than feeling it as a resident, and it still constantly surprises and delights me.

*Originally from Attica, New York, Debra Kelly is a freelance writer and journalist who has seen most of the U.S. during her travels. Ready for something new, she's now living in the wild hills of Connemara with her husband and plenty of animals. She is a frequent contributor to Urban Ghosts, Listverse, and Knowledgenuts.

Related: Moving to Ireland, The Burren