On This Day: The fatal "Night Of The Big Wind" took place across Ireland in 1839

The historic 'Night of the Big Wind' claimed lives across Ireland and left thousands homeless. 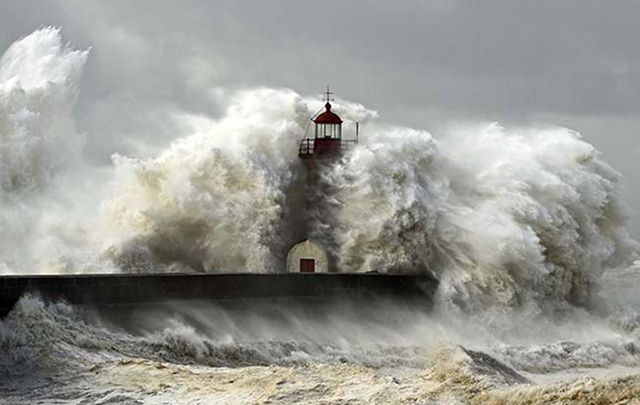 "The Night of the Big Wind": Thousands left homeless in storm that destroyed 25% of houses in Dublin. iStock

Counties Kerry, Mayo, Sligo, and Dublin were drastically hit when "The Night of the Big Wind" ravaged Ireland in 1839.

One of the worst storms in Irish history took place on January 6, 1839, when heavy snow fell throughout Ireland. In Irish history, it is known as the 'Night of the Big Wind' or 'Oíche na Gaoithe Móire.'

The storm developed in the mid-Atlantic region early on January 6, 1839, but really intensified as its associated depression moved up along the northwest coast later in the night, bringing death and destruction to the whole island, Irish Weather Online states.

It’s estimated that between 90 and 300 people died in Ireland and tens of thousands were left homeless as winds reached well over 115 miles per hour during the category three hurricane. Twenty-five percent of the houses in Dublin were destroyed and 42 ships were sunk.

Some people claimed the temperature reached as high as 75°F and the heavy snow of January 5 totally melted.

During the daytime on January 6, however, a deep Atlantic low-pressure system began moving across Ireland where it collided with the warm front.

The first news of bad weather was reported in County Mayo when the steeple at the Church of Ireland in Castlebar was blown down.

As the evening wore on, the winds began to howl and soon reached hurricane force.

The Dublin Evening Post described its arrival with the following: “about half-past ten, it rose into a high gale, which continued to increase in fury until after midnight when it blew a most fearful and destructive tempest.”

The historic legacy of the storm is such that it is still referred to in the press today and terrifying stories of that night have been ingrained in the Irish psyche ever since.

Here’s a recording from 1957, in Irish, of a recital of poem speaking about the aftermath of the storm: