There's something undeniably unique about pubs in Ireland - old, authentic, atmospheric and wonderfully welcoming. Get visiting! 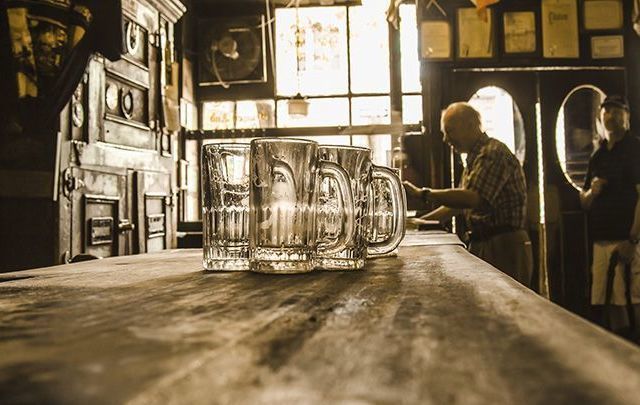 Hoist a pint in one of Ireland's oldest pubs. iStock

There's nothing quite like an old-fashioned Irish pub, and the older the better – a pint of plain, a glass of “uisce beatha” (whiskey), or just a place to rest your weary bones and soak up the atmosphere. Ireland is full of old, authentic pubs, but we found an official list of the oldest pubs in the Emerald Isle.

Here are the oldest public houses in the land:

☘️ Happy St Patrick’s Day to one and all. Enjoy the day wherever you are. ☘️

This pub is located just off the Liffey quays in Dublin, outside the city walls and near the original bridge of Dublin. It's believed to have been a tavern since 1178.

The historical and literary figures who have enjoyed a pint at the Brazen Head include James Joyce, Brendan Behan, Jonathan Swift, Robert Emmet, Wolfe Tone, Daniel O'Connell, and Michael Collins, to name just a few.

The oldest tavern in Waterford, this establishment is said to date to 1400. The walls in the lounge were built over 800 years ago by the Normans. The pub is officially under preservation as a historical site.

This is the oldest pub in the oldest building in Belfast. It dates from 1711. It's now a busy urban venue with a 100-seater restaurant, but the building itself dates back over 300 years.

The Morahans have been running this pub since 1641. This is the longest that an establishment has been run by the same family in Ireland.

The Old Thatch in Co. Cork is the oldest thatched pub in Ireland and has been in the same family since 1667. The ownership of this establishment can be dated back to the 1700s. However, in 1867 the owner John Conway was refused a license on the grounds that he was housing Fenians.

This pub has the oldest title deeds, dating to 1611. To put that in perspective, Grace Neill’s in Co. Down had been open for nearly nine years when the Pilgrims landed in America.

On the site of a wattle alehouse, it is thought that Sean’s Bar dates back to 900. This is officially the oldest pub in Ireland and in fact the world, according to the Guinness Book of World Records. Although most of the evidence found during excavations is now housed at the National Museum of Ireland, some of the self-minted coins from the original establishment can be seen in cases on the walls of the pub.

See "Top 10 of Ireland: 250 lists about the Emerald Isle" by Eoghan Corry for more lists about Ireland.