Public executions are a thing of the past in Ireland, but here are some famous spots where they previously took place. 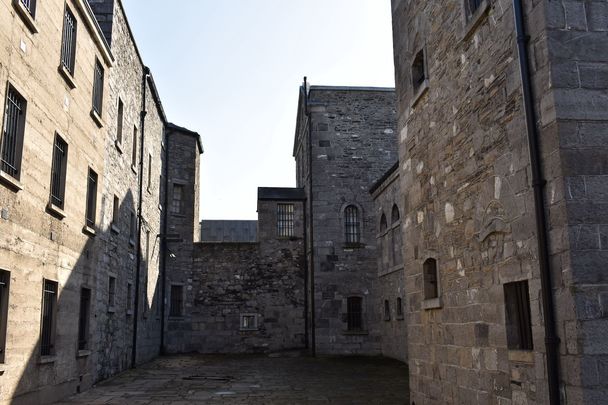 Capital punishment was fully abolished in Ireland in 1990, but here are ten historic places where public executions took place

Crime in Ireland was punishable by death for centuries. These criminals were executed in public for all to see, in various ways, for various offenses. Abolished for most crimes in 1964, and completely in 1990, capital punishment is no longer legal in the Republic of Ireland.

Here are ten places in Ireland where public executions did take place at one time:

At this site, William Smith O’Brien, found guilty for attempting to help incite a rebellion against the English with the Young Irelanders near Ballingarry, was sentenced to be hanged, drawn, and quartered in 1848. This was the last occasion such a sentence was handed down in Ireland, although Smith O'Brien's sentence was commuted to transportation for life.

This execution spot has a long history. It dates back to the 16th and 17th centuries when Catholic priests were hanged for their religious beliefs. Bishop Terence Albert O’Brien, for one, was hanged and beheaded here on October 30, 1651.

This site was located within the county infirmary at the time. It became a spot for hanging in 1767.

Today it is known as the site of the George’s Hill Presentation Convent, dating back to 1794. However, this spot is where Christians were executed and martyred for centuries.

The name was derived from the one given to the gallows. The archbishop maintained the punishment here in the 14th century. Harold’s Cross served as an execution ground for the city of Dublin until the 18th century.

Kilmainham Gaol (jail) was erected here in 1786. It was known as the Irish Bastille and is a museum today. Its most famous prisoners include nationalists and freedom fighters Robert Emmet and Eamon De Valera. Most of the leaders of the 1916 Easter Rising were executed by firing squad in Kilmainham Gaol.

The town was named after a hanging. Originally known as Cregann, its named was changed in the 16th century after a group of Irishman who was hanged for resisting the English invasion of their town.

To mark this act of courage the village became known as “Knockcroghery” (“Cnoc na Crocaire”) or “The Hill of Hangings."

A very popular spot for executions in Dublin, the convicted were imprisoned, whipped, hanged, pilloried, strangled, and burned to death. Between 1780 and 1795, 244 people were hanged.

Robert Emmet was infamously executed here in 1803. He was first hanged and then beheaded when he was dead. A plaque commemorating the event can be found there today.

A notorious massacre took place here in 1798 as thousands of local loyalists were executed by United Irishmen on the bridge in the town center.