Co Limerick man Michael Manning became the 29th and final person to be executed in Ireland on April 20, 1954. 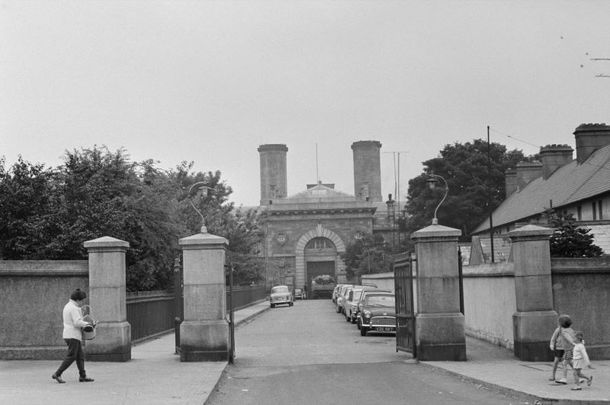 On April 20, 1954, Michael Manning, a 25-year-old man from Limerick, became the 29th and last person to be legally executed in Ireland.

By 1964, the death penalty in Ireland was abolished for all cases apart from the murder of police, diplomats, and prison officers. It was abolished by statute for the remaining offenses in 1990 and was expunged from the Constitution of Ireland by referendum in 2001.

The Limerick man, the last man executed at the hands of the state, was found guilty of the rape and murder of Catherine Cooper (65) who worked at Barrington’s Hospital in the city. The crime took place in February 1953. He was found by police because he left a distinctive hat at the scene of the crime.

He had been married just the year before the crime and his only child was born just weeks before his execution.

Manning blamed his actions on “too much drink.” The statement in police files describes Manning's movements on the day of the crime, November 18, 1953. It lists the pubs that served him drink and recounts how he had been refused by the barmaid at the Munster Fair Tavern.

His trial opened on February 15, 1954, and lasted only three days. The trial was widely attended and hundreds of people gathered outside the courthouse.

The defense team had claimed insanity and claimed the charges should be dropped to manslaughter as Manning had not planned the attack ahead of time. However, the prosecution said that Manning had changed his routine to give himself more time to commit the crime.

While there was a history of mental health issues in his family the judge sided with the prosecution and told the jury to discard the argument, as he claimed the fact that Manning has shoved clods of grass into the victim’s mouth to stop her screaming showed he was aware of the crime he was committing.

After just three hours of deliberation, he was sentenced to death despite the fact that the victim’s family had petitioned to court to show him mercy. When he was found guilty he is said to have “paled visibly.”

Manning was the first person to be condemned to death since 1948.

The Limerick man wrote a letter to the Government begging for a reprieve:

“I ask the Minister for Justice to show his mercy upon me as it is so near to Easter and Good Friday and it is our Holy Mother’s year. I am not afraid to die as I am fully prepared to go before my God, but it is on behalf of my wife as she is so young and so near the birth of our baby.

“Instead of one life being taken there could be three as it would be a big shock to my wife if the execution will be carried out on the date mentioned [April 20]. So I would be grateful to you if you showed your mercy toward my wife and me.”

After Mass and Holy Communion on Sunday before his execution, Manning played handball with other inmates. They noted that he seemed completely normal.

“Friends of mine who worked with me, I was serving my time at the time, went up to visit him on the Sunday before he was hanged. And they went to mass and holy communion together and they played a game of handball that day. He couldn't have been more normal.”

He was then taken from his cell at Mountjoy Prison and hanged by Albert Pierrepoint, who had traveled from Britain where he was one of three Senior Executioners. Pierrepoint executed at least 400 people in his career as a hangman – 13 of those in Mountjoy. The hang house remains today on the grounds of Mountjoy.

Manning’s body was buried in an unmarked grave in Mountjoy Prison as was the custom for executed prisoners.

After his death, Manning's widow wrote a letter to the Governor of Mountjoy thanking him for the kindness he showed her husband. The letter read:

“We really adored each other and will until I join him in heaven someday. I can assure you, sir, that Micheal [sic] is also praying for you all and he will return his thanks to you in another way.”

After the execution of Manning, it was common that death sentences be commuted by the Irish government. In 1851, the right to commute a death sentence became restricted to the President only.

Before Manning’s execution, questions had been raised over the death of William Gambom who was the second-last person to be put to death. He was a casual laborer who had killed his friend after getting into a drunken fight. When Gambom read in the newspaper that his friend had died, he handed himself in to the police. Despite the fact that it was a clear-cut case of manslaughter, he was condemned to death.

It was argued that he had been sentenced to death due to his social standing and had he been a richer man his sentence would have been lower.

In 1964, the criminal justice act abolished the death sentence in Ireland. However, it was only entirely squashed by a referendum in 2001. Ireland was the last country in Europe to constitutionally forbid the use of capital punishment.

While the EU has abolished execution it still takes place elsewhere in the world. In 2019, China, Iran, Saudi Arabia, Iraq, Egypt, the United States, Pakistan, and Somalia were the countries with the most confirmed executions.