Worthy of a Halloween horror story, this 1798 Rebellion Lieutenant invented a new mode of execution. 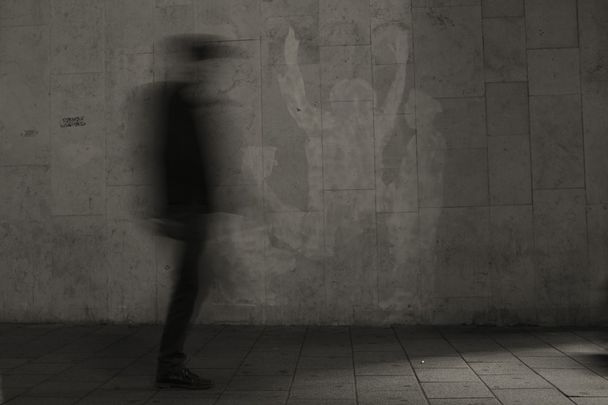 A giant of a man in height and strength, Heppenstall invented his own modus operandi of 'trotting executions' by hanging and strangling his victims over his shoulder as he walked-hence his nickname "The Walking Gallows."

On May 30, 1798, huge plumes of smoke could be seen rising above the narrow gorge of the Devil’s Glen, in County Wicklow. The remnants of the one thousand strong rebel army of Catholic, Protestant, and Presbyterian United Irishmen, were desperately hiding from the bullets and probing bayonets of the forces of the crown. Some were lying wounded and bleeding, concealed amidst the oak trees and giant polypody ferns. Seeking freedom from their British oppressors, the rebels had risen in emulation of their French and American compatriots.

The Wicklow town yeomanry and the Dunbartonshire fencibles had been tasked with mopping up the insurgents and were now closing in on the rebel forces, corralled into the Ballycory woodlands on the northern side of the Devil's Glen, around the Vartry River.

The order had been given to set fire to the woods and as the early summer had been exceptionally dry and hot, the fire spread rapidly through tinder-dry undergrowth. The screams of the dying men; shot, bayoneted, clubbed or burnt to death must have reverberated around the steep narrow glen, rising above the lulling sound of the driving waters of the Vartry, accompanied by a sweet pungent perfume of green oak, wild garlic and burning flesh, pervading the nostrils of the Redcoats.

The Wicklow militia were responsible for several massacres of rebel prisoners and had gained a reputation for barbaric cruelty. They became known as the “terrors of West Meath” following their “pacification” of that county by "any means necessary”, which included: pitch-capping, flogging and half-hanging, typical methods sanctioned by the Crown.

Pitch-capping, in which boiling pitch or tar was placed in a conical paper cap then allowed to harden on a suspects head before being violently ripped off, effectively scalping the unfortunate individual. Flogging was administered until internal organs protruded, often with fatal results, Half-hanging was another grisly speciality which often resulted in death.

Edward Heppenstall was born around 1765, in Newcastle, County Wicklow, to a prosperous Anglo-Irish family and had practised as an apothecary before securing an officers commission in the local militia. He was reportedly a giant of a man possessed of equally large psychopathic tendencies, dubious qualities which would certainly prove to be an asset in his new career.

His great height and strength and his gruesome speciality earned him the nickname The "Walking Gallows" and he was soon to become the most feared individual in Wicklow.

"Late at night when the inhabitants were asleep. He caused the alarm bell to be suddenly sounded and the startled villagers awoke to find the agents of terror at their bedsides. The night resounded with the taunts and screams, and after some of the inhabitants had been left dead."

A poor man and his two sons were dragged from their house and into the street. Heppenstall ordered the cord to be taken off a drum and with his own two hands, and in the presence of the aged parents, he hung each of the young men successively across his shoulders until the spark of life was completely extinguished.

He was exhausted by the convulsions of the unfortunate victims that he, unable to go through the operation with the parent, who he ordered to be shot. The next morning the frightened villagers witnessed the three bodies being dragged through the streets in triumph at the tail of a cart.

Heppenstall would continue his murderous reign for another four years, acting as jury, judge and executioner. A simple perceived slight could trigger his homicidal wrath.

“His particular form of savage amusement was to meet a peasant by the wayside and he questioned him. If he found the answers were unsatisfactory he knocked him with a blow of his fists, and then seized him half or wholly unconscious, and hanged him on his back until he was dead”.

Mercifully, Heppenstall died relatively young at age 35, in the year 1800. His death was particularly horrible and agonising. It was reported that he became stricken with a terrible disease. His body being “literally devoured by vermin”. He was buried quite unceremoniously at the dead of night in St. Andrews Churchyard, in Dublin, in an unmarked grave. His death notice which appeared in a Dublin journal on Sept 18.

It read: "Died on Thursday night, of a tropical complaint, Lieutenant Edward Heppenstall, of the 68th Regiment, some time back an officer in the Wicklow Militia - A gentleman whose intrepidity and spirit during the Rebellion rendered much general good, and himself highly obnoxious to traitors.”

An alternative eulogy was suggested as an epitaph for the ‘Walking Gallows’:

"Here lie the bones of Hempenstall, Judge, Jury, Gallows, Rope and All".