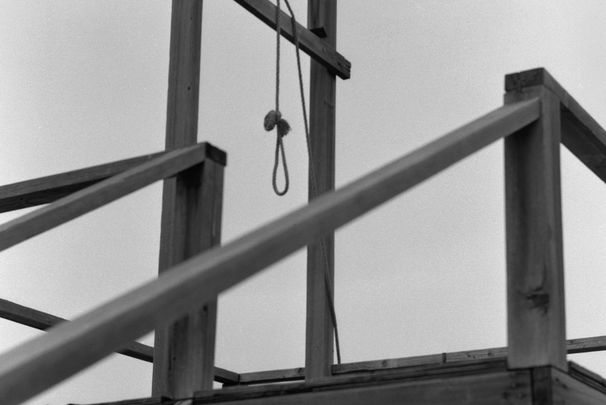 The horrendous life of Elizabeth Sugrue, the Provincial Executioner of Roscommon. Getty Images

Elizabeth Sugrue was not a popular figure in Co Roscommon. She was known to have a violent temper, had robbed and murdered her son, and had literally saved her own neck by volunteering to hang 25 individuals including children.

Elizabeth Sugrue was born in Co Kerry around 1750. Her husband had died, leaving her with two young children. Eviction from the farm soon followed and she was forced to take to the road.

What drew her to Roscommon is unknown, but after an epic 300 km walk she eventually arrived at Gallowstown, Co  Roscommon, where she moved into an empty roadside hovel and started the next stage of her miserable life. Sadly her youngest child didn’t survive the arduous journey, dying from starvation and exposure, and was probably buried in a shallow roadside grave.

Padraig, the surviving son, became accustomed to a life of extreme poverty and deprivation - living off the proceeds of begging, scavenging, and possible robbery.

His mother was also extremely violent, so it came as no surprise that Padraig succumbed to the lure of the ‘King’s shilling’ and in April 1775, following a particularly violent assault, left to join the British Army and it is believed, served in North America.

According to Sir William Wilde, the father of Oscar, who was a Roscommon native and had collected first-hand accounts of her life, ‘Lady Betty’ was as a “middle-aged, dark-eyed, swarthy complexioned but by no means forbidding-looking woman."

His story, which was published in "Ireland: Her Wit, Peculiarities and Popular Superstitions," states that a tall, dark, bearded stranger appeared at the door of Lady Betty’s cabin requesting lodgings for the night.

The widow taking note of the gentleman's fine attire and full purse decided that she would do him in while he slept. After the awful deed was done, she rifled the unfortunate victim's possessions and, the horror of horror, discovered from documents that the poor unfortunate gent was none other than her long lost son.

Struck by the most abject visceral grief, the wretched widow ran screaming and weeping into the early morning air announcing her dreadful crime to all and sundry.

Lady Betty’s trial would have been a noisy, rowdy affair and the most heinous offense of filicide would have drawn huge curious crowds to the Roscommon Gaol where, along with 25 other condemned, she was led shackled, to the gallows.

Her co-convicted were made up of political prisoners: Ribbon men; militant Catholic Nationalists; petty criminals including children; some sentenced to death for mere fence breaking or trivial politicized offenses. So Sugrue would have represented a more virtuously fulfilling object for the mob’s blood lust.

But the baying throng was to be disappointed, as the word soon went around that the hangman was nowhere to be found and no one would volunteer for the grisly duty... except one. Step forward, Lady Betty.

As British justice had to be seen to be done, her desperate offer was accepted, and with callous efficiency for the first time and not the last, she shot the sliding-bolt, which cast open the trap door, terminating the lives of her fellow prisoners.

The gallows, "the longest drop in Ireland," was a permanent fixture; a wooden structure rising to the third floor of the grim, grey castellated front elevation of the building, facilitating direct access from the interior of the building and offering unobstructed viewing for the spectators. A model of colonial efficiency and theatre!

Lady Betty’s suitability for the role was immediately realized and she was installed as a permanent resident in the Gaol, occupying a room where it is said that she made a pictorial record in charcoal of all the faces of the condemned that she had propelled into the afterlife.

Apart from her role as Provincial Executioner, she also officiated at public gibbettings and floggings, tasks that were reportedly carried out with relish and zeal.

Lady Betty died in 1807 and was buried in an unmarked grave within the walls of the prison.

Five years after, her sentence had been officially commuted to life in prison in recognition of her service to the “safety of the public in Roscommon."