Two of Ireland’s biggest stars might be making appearances at McGregor’s fight. 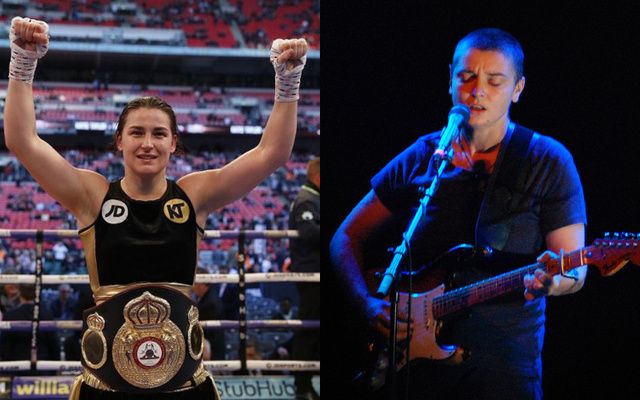 Sinéad O’Connor has asked if she can perform Conor McGregor’s walk-on song before he fights Floyd Mayweather next month.

The iconic singer previously sang "The Foggy Dew" before his UFC fight in 2015 and recently posted a status on her Facebook page asking McGregor to send her doctor an autograph.

"He totally saved my life so I can keep singing for your fights," she said and described him as "biggest Conor McGregor fan on earth".

Last year O’Connor opened up to the public about her struggles with mental illness and she also clarified that recently she has begun to feel much better.

"A very strange and wonderful thing has come to pass, I'm loving my life. Thank you so much to everyone who has helped me to this place."

And it seems like her admiration for McGregor is mutual, with the Dublin man calling her a “powerful woman”.

"When you listen to her music it's eerily beautiful. It's go-to-war music," he said.

And O’Connor might not be the only famous Irishwoman at the fight: Olympic Gold Medal winner Katie Taylor, nicknamed ‘The Bray Bomber’, is reportedly being considered as the undercard of the fight.

Taylor has previously said she “can’t wait” to see McGregor take on Mayweather.

She admits that “Floyd Mayweather is the best boxer of our generation really… He's been in with the top boxers and defeated them all, so it is a very tough task for Conor.

"But fair play to both men, they're making a lot of money from it and it's a win-win situation.

"The whole of Ireland is behind Conor McGregor and we're very excited for him.

"He's an icon over in Ireland, the biggest sports star we have at the moment."

The fight is due to take place on August 26 and is already one of the most highly anticipated in history.