These are the most Irish metropolitan areas in the US

Metropolitan regions in the Northeast of the US have the largest amount of people reporting Irish ancestry according to the US Census Bureau. 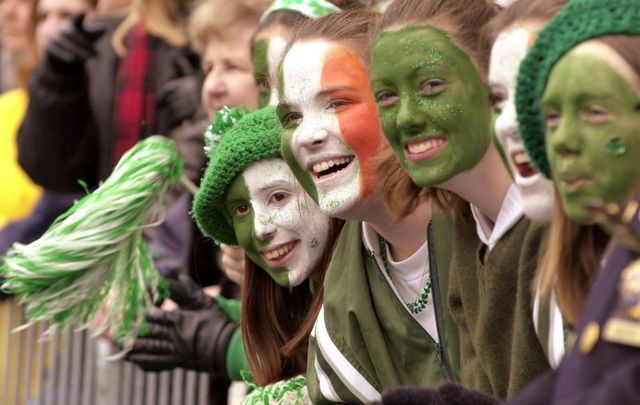 Metropolitan regions in the Northeast of the US have the largest amount of people reporting Irish ancestry. Getty Images

If you're looking for Irish and Irish Americans, head for the Northeast of the US!

The US Census has released data that shows which metropolitan areas in the US claim the most "single Irish ancestry."

Using data from the 2014-2018 American Community 5-Year Estimates study, the top three metropolitan areas in the US that claim Irish ancestry are all in the Northeast region of the country.

In a distant second is the Boston - Cambridge - Newton region across Massachusetts and New Hampshire, where just over 357,000 people claim Irish roots.

In third is the Philadelphia-Camden-Wilmington region across Pennsylvania, New Jersey, Delaware, and Maryland, where 301,000 people claim Irish ancestry.

Data also revealed that Cook County in Illinois was the county with the largest population of people who claimed Irish ancestry in 2018; 470,277 of 5,223,719 people in that county in the Midwest claim Irish roots.

Check out the top ten metropolitan regions in the US that claim Irish ancestry in this infographic provided by the US Census Bureau:

Read More: Can you guess the most Irish towns in New York?

Gearing up for March 2020, the Census released a short history lesson on St. Patrick's Day:

"Originally a religious holiday to honor St. Patrick, who introduced Christianity to Ireland in the fifth century, St. Patrick’s Day has evolved into a celebration of all things Irish.

They also shared these amazing facts about the Irish American community in the United States:

Back in 1991, the United States Congress proclaimed that every March be celebrated as Irish American Heritage Month and every year the President of the United States issues a proclamation commemorating the occasion.

In the 2019 proclamation, President Trump's proclamation stated: "During Irish-American Heritage Month, we celebrate the indispensable contributions Irish Americans have made to every chapter of our Nation’s history.  Generations of Irish immigrants have carried to our shores character, culture, and values that continue to play pivotal roles in the strength and success of America."

He added "Today, more than 31 million Americans look back with pride on their Irish heritage and the legacy of their ancestors.  The faith, perseverance, and spirit of Irish Americans across our country is indelibly woven into the tapestry of the American story.  As we spend this month honoring the incredible history of Irish Americans, especially on St. Patrick’s Day, we look forward to a bright future of continued friendship and cooperation between the United States and Ireland."