Can you guess the most Irish towns in New York?

From Pearl River to Woodlawn here are the top picks. Does your town make the list? 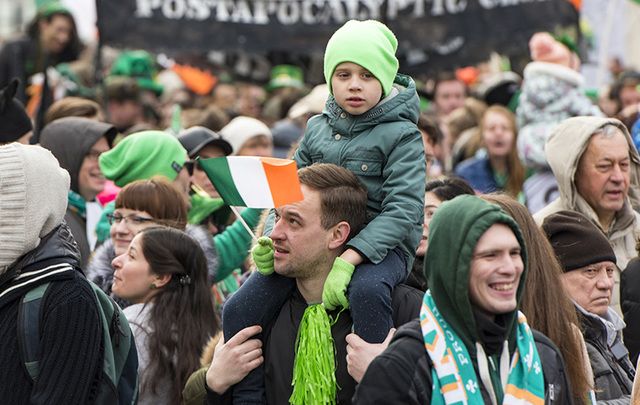 From Pearl River to Woodlawn here our the top picks. Does your Irish town in New York make the list? iStock

Pearl River is a town of 15,000 people on the New York/New Jersey border has the second biggest St. Patrick’s Day parade in New York state - pulling in as much as 100,000 attendees. An estimated 52% of the town are Irish Americans and as the town was ranked the 78th best place to live in the world by CNN Money it’s no wonder Irish immigrants still like to make it their home.

Sayville on the southern shores of Long Island has a population of nearly 17,000 of which 40% are Irish. It even has a “Little Shop of Shamrocks” and boasts of its authentic Irish fish and chips. In 1994 California State University at Fresno designated Sayville the “friendliest town in America”, no doubt in part because so many Irish live there.

Also with a 40% population of Irish Americans is Garden City in Long Island’s Nassau County. The town boomed from the end of the First World War all the way into the 1960’s. Whereas in 1920 it had been a small village of 2,000 people by 1970 25,000 people called Garden City home. The flame of Hibernian culture is kept burning by a vibrant Irish Cultural Society.

Also on the shore of Nassau County is Rockville Center. The town of 24,000 is 37% Irish and the town has plenty of pubs and restaurants with such quintessentially Irish names as Monaghan’s.

Massapequa Park boasts none other than actor Alec Baldwin - who once referred to himself as a ‘Muslim Irish Catholic’ - as a native son. People with Italian backgrounds outnumber the 32% who are Irish in origin but that doesn’t matter on St. Patrick’s Day when everyone is Irish for the day.

Read more: What's the most Irish town in America?

Babylon is so Irish commuters who take the Long Island Railroad are reminded of it everyday. A tricolor can be proudly seen fluttering in the wind from the railway station and as the town is 33% Irish it’s no wonder.

Floral Park is also 33% Irish and the culture is clearly still strong enough that you can enjoy a traditional Irish breakfast in the town complete with black pudding (a black food made from pig’s blood).

Miller Place was named after the original white family that settled there. But despite it very English sounding name it’s been a hub for Irish immigrants for decades and a third of the town are of Irish origin. It even has an annual Irish festival.

Last but not least is West Islip which is 32% Irish and also boasts a strong Ukrainian heritage. In the run up to St. Patrick’s Day it has even been known to host a baking class on how to make shamrock pretzels which sounds like one of the most Irish American things ever.

Special mention: Woodlawn, The Bronx is probably the unofficial capital of Irish America. An estimated 40% of its population are of Irish extract. Irish flags proliferate, GAA pitches and accents from each of the 32 counties are common. The reason it didn’t make the official list above is that statistics are only available for The Bronx as a whole, which is an underwhelming 2% Irish.

Read more: Which town called Dublin in America is the most Irish?