Which town called Dublin in America is the most Irish?

There are several towns in the US named after Ireland’s capital, but which is the most Irish? 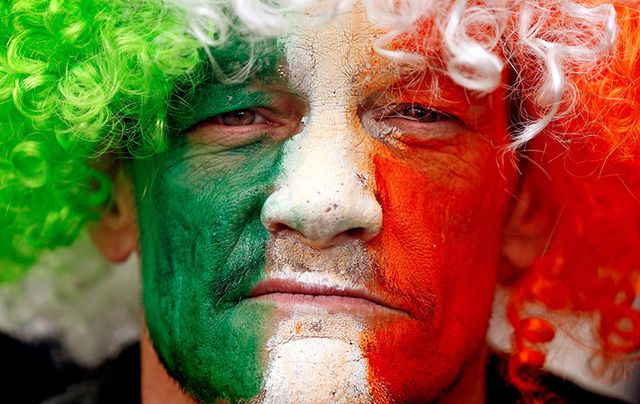 There are several towns in the US named after Ireland’s capital, but which is the most Irish? iStock

There are six American towns called Dublin, but which has the most Irish Americans?

In at number one is Dublin, Pennsylvania. The small town of only 2,120 is home to to 474 Irish Americans, meaning more than one in five residents is Irish American.

Taking the silver media is Dublin, Virginia which is 19% Irish American. Of the 2,665 inhabitants of the small southern town approximately 507 claim Irish ancestry. Local legend has it that a church was named the New Dublin Presbyterian Church and the town went on to be named after the church.

Next up is Dublin, Ohio. The mid-west town is home to 43,224 people of which 6,187 are Irish, meaning 14% of Dubliners (in Ohio) are Irish. Dublin, OH is home to the Dublin Irish Festival, which is attended by over 100,000 people every year and is one of the largest celebrations of Irish American culture in North America.

Texas’s Dublin is 11% Irish. Of the 3,671 locals 438 of them are Irish Americans. In 2005 Governor Rick Perry signed a bill that designated it the official Irish Capital of the Lone Star State.

Read more: What's the most Irish town in America?

Then there’s the Californian town of Dublin, a suburb of San Francisco. The population of Dublin, CA is 52,063 of which 4,172 are Irish Americans. That means the town is slightly over 8% Irish according to the last census. As the town is the second fastest growing city in the whole of California it’s likely that figure will change as the city expands to cope with its dramatic population growth.

And, finally, there’s Dublin, Georgia. Out of 16,181 people living in the town 453 are Irish – just under 3% of the total population. The town is mentioned in James Joyce’s celebrated ‘Finnegan’s Wake’ and readers are told “Dublin, Laurens Co, Georgia, founded by a Dubliner, Peter Sawyer... Its motto: Doubling all the time."

The local cinema in Dublin, Georgia.

Read more: Where are the most Irish cities and towns in the USA?