Alec Baldwin ponders if he'll have to flee the country after spoofing Donald Trump on Saturday Night Live. 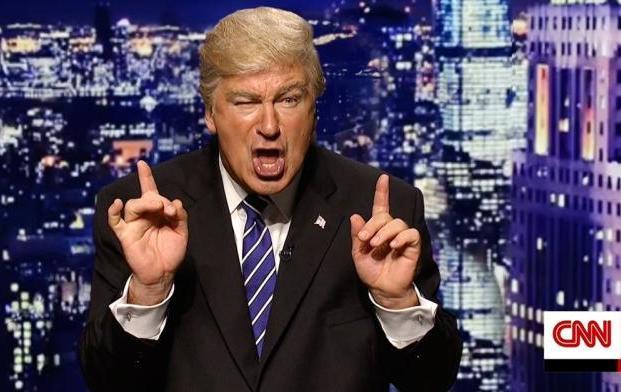 Alec Baldwin ponders if he'll have to flee the country after spoofing Donald Trump on Saturday Night Live. NBC

Alec Baldwin might end up moving to Ireland if President Trump ever decides to take revenge on him.

The Irish American’s portrayals of the 45th President on Saturday Night Live have earned him both global plaudits and the ire of his Commander-in-Chief.

“I’m being asked if I’m worried about a tax audit. I’m not,” he assured an Irish interviewer.

“Am I planning on leaving the country? Should I be? Do I need to leave?

“I’m not planning on it, but if it comes to that, I have a couple of ideas where. Maybe Ireland might make a nice change of scenery.

“Would you harbour me? I’ve got Irish blood in me somewhere, that’s where I get my winning sense of humour.

“Maybe that’s enough to get a[n Irish] passport and hide out from all these apparent threats.”

The 58 year old grew up in Massapequa, a very Irish suburb of New York City and wears his heritage as a bad of honor, previously using it to tweet opposition to President Trump’s proposed Muslim registry.

But it’s his activities on screen that have really enraged the President. Only a few weeks ago, the most powerful person on earth declared, “I think the Alec Baldwin situation is not good,” and that he thought his performance “ridiculous” and that he was “disappointed” in his fellow New Yorker.  Usually the President prefers to tweet his disapproval about the show.

.@NBCNews is bad but Saturday Night Live is the worst of NBC. Not funny, cast is terrible, always a complete hit job. Really bad television!

And Baldwin has not been afraid to hold back.

If you, or Baldwin, want anymore information about moving to Ireland to escape President Trump, you will find all the information you need here in an article we compiled pre-election that's still stunningly relevant now:

A guide on moving to Ireland in case Donald Trump is elected.