Ireland is the birthplace of renowned names in gay history, one of them being legendary poet and playwright, Oscar Wilde. In celebration of LGBTQ+ Pride Month, we're planting an Irish Heritage Tree in his honor. 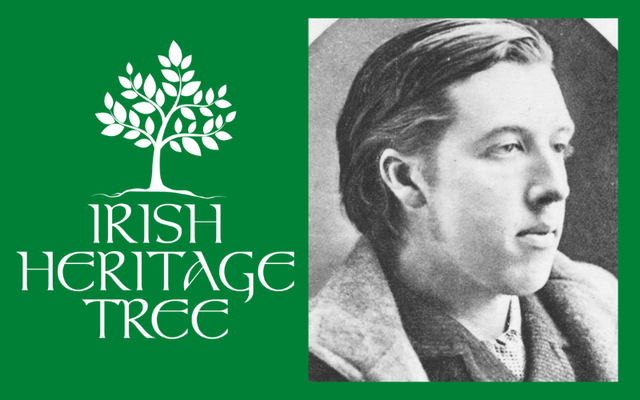 The month of June is dedicated to a celebration of LGBTQ+ Pride, recognizing the commitment to visibility and the personal celebration of self-worth, dignity, and equality for all community members worldwide.

Ireland is the birthplace of renowned names in gay history, one of them being legendary poet and playwright, Oscar Wilde.

Born in Dublin on October 16, 1854, Wilde became perhaps one of the most famous writers in history – not just for his creative works, including “The Picture of Dorian Gray” and “The Importance of Being Earnest,” but also for his witty criticisms and dandyism style.

Irish Central is inviting the Irish Diaspora LGBTQ+ community and its friends and families to join us in observance of Pride Month by planting an Irish Heritage Tree in the honor of you and your partner, your wedding, your family, for beloved friends who left us too early, and even in your own name honoring the spirit of equality with a living symbol rooted in Irish gay pride.

Imagine telling the recipient that you have planted a Tree in the name of Pride in the country that gave the world Oscar Wilde or if you prefer, follow Wilde's advice when he said, “The nicest feeling in the world is to do a good deed anonymously and have somebody find out.”

A brief history of Oscar Wilde

He studied classics and philosophy at Trinity College Dublin and spent most of his later years living in Paris and London and traveling to the US to deliver lectures. Though married with children to Constance Lloyd, his tempestuous love affair with young writer Alfred Douglas was a topic on all tongues.

Wilde faced worlds of scrutiny throughout his life of 46 years, which ended in imprisonment and exile when he was sentenced to two years of hard labor in Reading prison after his 1895 conviction for gross indecency. The evidence brought against him included that of him procuring male prostitutes.

In 2017, Oscar Wilde was among thousands of gay and bisexual men pardoned posthumously for engaging in consensual same-sex relationships.

Consensual sexual acts between men over the age of 21 were not decriminalized in England and Wales until 1967, not being applied in Scotland until 1980 or Northern Ireland until 1982.

Same-sex sexual activity was not decriminalized in the Republic of Ireland until 1993 after a 1988 ruling stating Irish laws prohibiting male homosexual activities were in contravention of the European Convention on Human Rights.

On This Day: President Kennedy delivers his iconic Berlin Wall speech in Germany