In celebration of Pride Month, we've planted an Irish Heritage Tree in the green forests of Ireland in honor of gay rights activist and drag queen legend Rory O’Neill aka Panti Bliss. 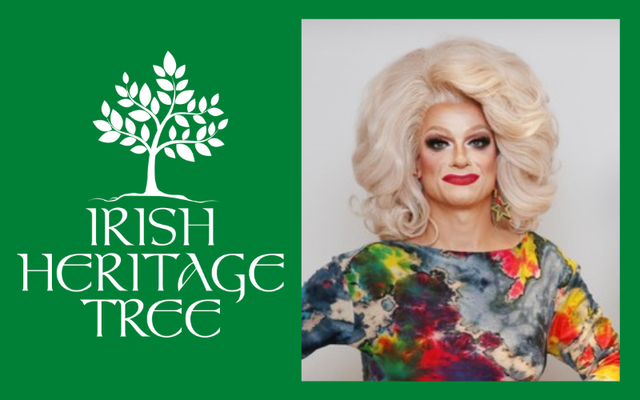 In celebration of LGBTQ+ Pride Month, IrishCentral is paying tribute to gay rights activist and drag queen extraordinaire Rory O’Neill aka Panti Bliss with the planting of an Irish Heritage Tree in his/her honor.

Born in 1968, Rory O’Neill, the son of a veterinary surgeon, grew up in Ballinrobe, County Mayo, and went to art college in Dun Laoghaire. He once said in an interview he knew he was 'different' from the age of twelve, "I wouldn’t be able to put my finger on it, because I didn’t even know what a gay was.”

Today as Panti, O’Neill is considered to be Ireland’s foremost drag queen and from 1996 to 2012 was the hostess of the annual Alternative Miss Ireland pageant as well as hosting the annual Dublin Pride every year. In 2007, Panti opened the self-titled “Pantibar” in Dublin, later taking over the nearby Pennylane cocktail bar in 2020.

In honor of gay rights activist, drag queen extraordinaire, and living legend, Rory O’Neill aka Panti Bliss, we've planted an Irish Heritage Tree in the green forests of Ireland in their honor.

O’Neill and Panti made headlines around the world when in 2014 they took to the stage of The Abbey Theatre in Dublin and performed a speech titled "Noble Call", addressing the situation and the oppression she feels as a gay person living in Ireland.

The speech has since been viewed over one million times on YouTube, receiving support from Stephen Frey, RuPaul, Graham Norton, and Madonna plus being translated into French and Russian.

The speech has been described as “the most eloquent Irish speech” in almost 200 years. O’Neill later donated the dress he wore at the Noble Call to the National Museum of Ireland.

The Noble Call became a video sensation and many believe contributed to the legalization of same-sex marriage by popular vote in Ireland in 2015. Rory O’Neill married his partner Anderson Cabrera in a ceremony in 2019.

O’Neill has been HIV positive since 1995 and he speaks at international AIDS conferences while running campaigns aiming to help gay men living with AIDS navigate their lifelong journey with the condition.

According to the New York Times, O’Neill said his performances and activism have always been devoted to expanding the idea of Irishness to include the marginalized, like migrants, religious minorities, or LGBTQ+ people. He calls it “queering the Irish space.”

Panti received an honorary doctorate from Trinity College in 2015 and O’Neill accepted for her, in a tuxedo, no less.