Caryn McCabe, who was placed for adoption by her Irish mother, has recently discovered her five siblings, who all live nearby to each other on Long Island. 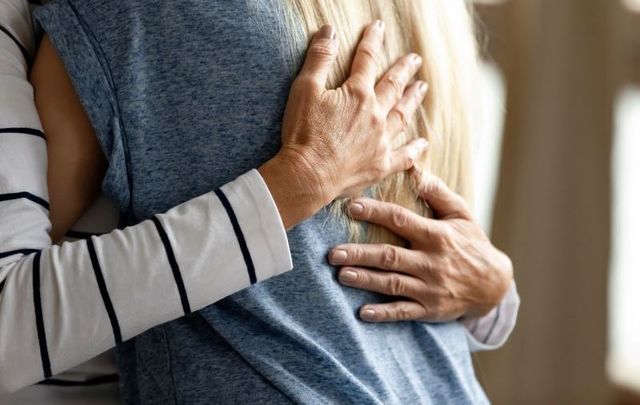 Caryn McCabe, who was placed for adoption by her Irish mother more than 60 years ago, has reunited with her five long-lost siblings thanks to a DNA test. Getty Images

Caryn McCabe, who was placed for adoption as an infant in New York by her Irish mother, has discovered after taking a DNA test that her five long-lost siblings live shockingly close to her.

Two years ago, McCabe, who lives in Massapequa Park on Long Island in New York, took a DNA test through 23AndMe.

"I wanted to find out how Irish I was," McCabe told Newsday.

The results showed that McCabe was 100 percent Irish, but they also paved the way for the 63-year-old to connect with her five long-lost siblings.

McCabe's DNA test helped uncover a bloodline that identified one of her first cousins. However, McCabe didn't initiate contact because she didn't want to "rock the boat."

"I knew I was adopted," McCabe told Newsday. "People out there know nothing about me. I didn’t want to rock the boat or do anything that would upset anybody. So that’s why I figured, let them come to me."

McCabe, who was adopted as an infant in 1958, was first able to view her pre-adoption birth certificate last year thanks to the passage of a new law in New York. The birth certificate identified her mother as Irish woman Jane McMahon, but it didn't list her birth father, John Kearns.

McCabe has since learned that after being placed for adoption, her birth parents Jane and John married and went on to have five more children -  John, Eileen, Denise, Tricia, and Kathleen - who they raised in Little Neck in Queens. Jane and John never told their five children about Caryn.

As it happens, McCabe was raised by her adoptive family not far away in Breezy Point, also in Queens.

Eventually, the five Kearns siblings grew up and relocated to Nassau County on Long Island to raise their own families. Strangely enough, McCabe had done the same, meaning the families unknowingly crossed paths a number of times.

"I thought she was just a cousin," Connolly told Newsday. "We were trying to figure out what the relationship could be."

Elsewhere, John Kearns also took a DNA test in October 2019. The results, a shock to him, revealed that he had five sisters, not four, and helped piece together McCabe's puzzle.

"I couldn’t believe it," he told Newsday.

Not long after Kearns received his DNA results, the six siblings - three of whom live in the same town on Long Island - were able to meet up in person and began to piece together their history.

Sadly, the siblings' father, as well as McCabe's adoptive parents, died before they all got to reunite, and their Irish mother is battling dementia. The newly-reunited siblings speculate that McCabe was placed for adoption due to their (at the time unmarried) parents' strict Catholic families.

They're making up for lost time, however. The six siblings, as well as McCabe's adopted sister, have all grown close, and are even planning a trip to Ireland.

"We’re the lucky ones," McCabe said.