“Just to actually look into their eyes and just see – is there a similar person looking back at you? At least someone else will have something in common with me.” 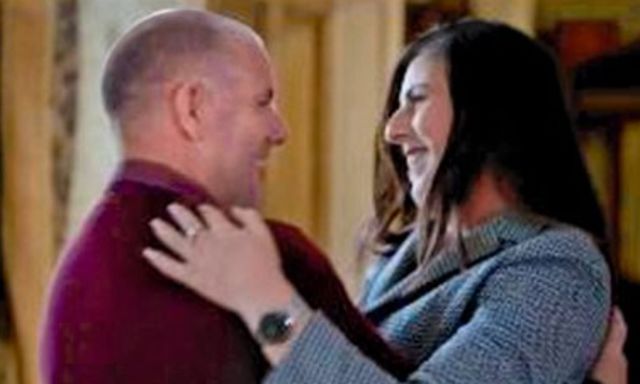 An astonishing story of three siblings abandoned as infants and who discovered each other in adulthood through DNA tests is revealed this week.

Helen Ward and David McBride were reunited last year on a television program when both were in their 50s.

Now, amazingly, they have just discovered another brother, John, also in his 50s, and television viewers will see the three emotionally reunited next week when ITV screens a new program, Long Lost Family: What Happens Next.

Without birth records or known parents, they grew up in adopted families.

Last year’s program, Long Lost Family, revealed that infant David was found in a red tartan duffel bag in the driveway of a house in Belfast in 1962.

Six years later, in 1968, Helen was found, also in a red tartan duffel bag, in a phone box near a hospital in Dundalk, Co. Louth. She was wearing a little hand-made dress and a bottle placed next to her was still warm.

Next week’s program, to be screened on Tuesday, September 14, will reveal details behind how the third sibling, John, was re-united after his daughter Donna noticed striking physical resemblances to her father in Helen and David when she watched the first show.

Journalist Paul Murphy found John swaddled in a blue blanket inside a holdall in Drogheda in a telephone kiosk in May, 1965.

Despite a story filed by Paul appearing on the front page of the Evening Press, the parents were never discovered.

Forty-eight years later Paul and John became friends through a phone call to the Drogheda Independent where the reporter was employed.

Paul, who features in next week’s program, told the Irish Independent, “He rang the paper looking for a contact for me and the next morning he was standing in the local hotel waiting for me. I brought him up to the place where he had been found. The phone box was long gone, but it was an emotional journey for him.

“He told me he was adopted, that he had two wonderful adoptive parents, and that his life was a good one.”

As John meets Helen and David for the first time in next week’s program, he says, “Just to actually look into their eyes and just see – is there a similar person looking back at you? At least someone else will have something in common with me.”

Details of the birth parents reveal a love affair of almost 40 years between an unmarried Kerry woman living in Dublin and a married musician with 14 children.