Margaret Sweeney, 83, took comfort through the decades by reading her daughter's weekly horoscope. 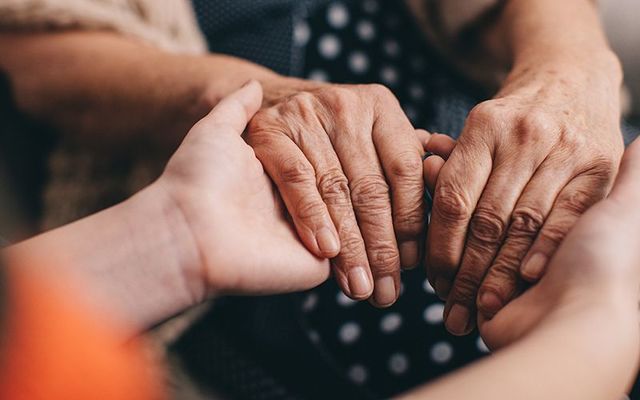 An Irish widow who was forced to give her daughter up for adoption almost half a century ago has been reunited with her in an emotional meeting in Australia.  Getty

Margaret Sweeney, 83, and her daughter met face to face in an emotional reunion in Australia.

An Irish widow who was forced to give her daughter up for adoption almost half a century ago has been reunited with her in an emotional meeting in Australia.

Margaret Sweeney, 83, and her daughter Kathy, 62, met in an emotional episode of English show "Long Lost Families," almost 50 years after Sweeney had been forced to give her daughter up for adoption at just six weeks old.

Throughout the years, the great-great-grandmother had religiously read Kathy's horoscope to give her hope that her daughter, who she had named Imelda, was doing ok.

“Way back from the 70s, we started getting the Sunday Mail every week," the 83-year-old told the Irish Mirror

“I’d check Imelda’s horoscopes every week, wondering what her life was like.

“A lot of people don’t believe in them but when good things were said about Imelda, it brought me comfort.”

Read more: Nothing prepared me for what I found in Irish adoption records

Margaret Sweeney read her long long daughter's horoscope in the Sunday Mail every weekend for 50 years and now they're finally back togetherhttps://t.co/nTPXIpj2zM

Sweeney was 19 years old and working in a café in London when she started dating a boy and discovered she was pregnant. Having been raised in a Catholic family in Northern Ireland, she knew that they would not be happy and so contacted a Catholic convent to help her arrange an adoption.

She gave birth to her daughter Imelda on July 9, 1956, and despite being heartbroken at the thought, Sweeney put her up for adoption. The baby was adopted by a couple who renamed her Kathy and the new family moved to Brisbane, Australia when she was six years old.

Read more: Safe in the arms of my Irish birth mother and English adoptive mother

“It was absolutely magical meeting my daughter all over again. It was emotional, tearful, magical. We’re all over the moon, Sweeney said of meeting her daughter again after all this time.

“We Facetime every day and when we were chatting this week, she said she is planning on coming to Scotland next year.

“Then we’ll go to Ireland to meet family before heading to London to meet the rest of the family. We all can’t wait.”