"Carol confronted her mother, who admitted that the man who raised her was not her biological father." 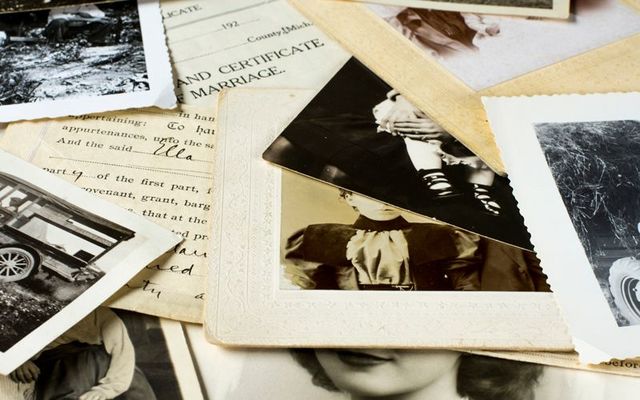 A 54-year-old Kansas woman discovered her Irish family after her daughter did a DNA test. Getty Images

A Kansas woman who discovered at age 54 that she was Irish and not German, recently reunited with her relatives in Ireland.

Carol "S" told DublinLive how she found out the man she knew to be her Dad was not her biological father.

Carol said that during the pandemic her daughter Morgan had signed up for a DNA account.

"Well, to my surprise, there were many Irish surnames down as family members.

"My daughter said, 'Mom, what does this mean?'

Carol confronted her mother, who admitted that the man who raised her was not her biological father.

She took a DNA test and uploaded it to the website MyHeritage.

"In May (2020) I finally got my results back and it turns out that I was 60% Irish, and it showed that I had relatives from West Cork and Dublin

"And that I had a close DNA match of 25% of a possible uncle by the name of Jack S, living in Dublin."

After getting in touch with Jack and emailing back and forth in July 2020,  Carol discovered that she had two half brothers and a half sister. Unfortunately, she also learned that her biological father had already passed away.

Earlier this year, in February, Carol met her half sister in Charlotte, North Carolina. She then traveled to Dublin in July to meet her uncle Jack and the rest of the family.

She said: "It has been a journey and a great time since arrival.

"We shared our first Guinness together in Ireland, and Jack introduced me to some of the great Irish whiskeys in the area as well."

Carol said she fell in love with Dublin.

"It has been wonderful. I come from more of a rural environment so it's been great to be in an exciting and hustling city such as Dublin. The architecture is beautiful, the history is beautiful and it has been an absolutely wonderful experience.

"And getting to know my family in Ireland has been wonderful as well. I've met eight of my cousins, my uncle Jack has twelve children and eight are presently in Ireland. It's been such a rewarding experience."

Carol and her Irish relatives are already making plans for future trips.  She said she would like to bring her children to Ireland.

"It's been a wonderful experience and I would like them to have that as well."

She encourages everyone to take a DNA test.

"I would encourage everybody to do this because there's a lot of Irish-Americans in the U.S. who are trying to find family members.

"If it wasn't for my uncle who had done this five years ago, I wouldn't have as many answers as I do today.

"It's a way to pay it forward to individuals who are searching for family members to eventually make that connection."