Margaret Norton hopes her story will help push along a new Irish law that would help adopted people find more information about their biological families. 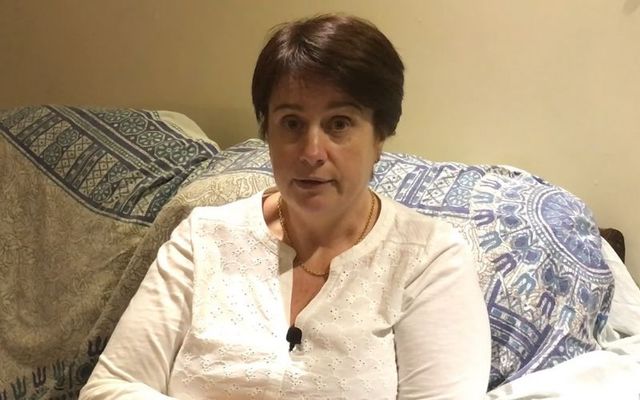 Margaret Norton discussed in depth her journey to find her biological parents with journalist Alison O'Reilly. Stay With Me Art Show, YouTube

Irish woman Margaret Norton always knew she was adopted, but she was in her 20s before she realized the unusual nature of her adoption. Now, she hopes her journey will help see the passage of new Irish legislation for illegally adopted people.

Speaking with Evoke.ie, Norton, who says she enjoyed a happy and loving upbringing with her adoptive family, said: “I had no reason to doubt the birth cert. Maybe I was a bit naïve. I thought that Browne is a common name and that my biological family were also Brownes.

“However, the longer it went, the more it became clear that there was no supporting documentation for my adoption and that’s when I began to suspect the birth cert itself.”

In November 2020, Norton sat down with journalist Alison O’Reilly who had assisted her in the long and difficult search for and ultimately locate Norton’s birth parents.

In the interview, Margaret said she began searching for her birth parents around 2011 / 2012. At the time, her adoptive mother had been diagnosed with Alzheimer’s, and her adoptive father wasn’t keen to share too much information, leaving her with many unanswered questions.

Margaret said that she was very naive starting off. “We thought because we had this information on paper that we would be able to find something out almost immediately only to realize that, apart from the fact that I was female, nearly everything on the birth cert was false.”

Margaret's discovery of her fake birth certificate effectively lifted the lid on Dr. Creedon's illegal practices in the 1970s.

“I was cross with Dr. Irene Creedon because of what she did to me, did to my life,” Margaret said. “I know it took from me, personally.”

Margaret's search, which she said was “horrendous” at times, went on for 11 years.

Despite the stress, Norton was undeterred. “It was so important to me to give her [her birth mother] an opportunity, if she wanted to take it, to hear me say that it was okay, that there was no animosity there, I wasn’t cross with her.”

In 2019, Margaret had her breakthrough, a DNA test via Ancestry.com

“This was last chance saloon,” Margaret said. “This caused a major upheaval in my house, because my husband said to me, ‘why don’t you just do the DNA?’ And I just lost it altogether, because I knew if I did DNA, and I got nothing, there was nowhere else to go.”

Ultimately, and thankfully, Margaret did do the DNA test via Ancestry.com. Her first hit was a first cousin who lived in Wales.

“There is an option on Ancestry DNA to email the person, so I did email her and I told her that we had been matched. I didn’t know what the relationship was or how we could be first cousins - I asked her what was her mum’s name and her dad’s name.”

After initially trying to glean information from her cousin in Wales about their connections, Margaret finally admitted to her newly found cousin that she was trying to locate her birth parents.

The cousin phoned Margaret and they spoke for 45 minutes. The cousin said she felt the match was probably on her father’s side.

“All of a sudden I’d gone from how many million people to six or seven, and in a small area. It was like winning the lotto.”

Quickly enough, things were put in motion. “I had a surname, at the time … so I went to births, deaths, and marriages and after 15 or 20 minutes, I had my own birth cert.

"It was the first time in my whole life who I knew who I really was.”

Margaret now knows that she was born in the Louth hospital to a single mother on March 28, 1972, information that "conflicts" with what she believed to be her real birth certificate.

Margaret was able to make contact with her birth mother within months of connecting with her cousin on Ancestry.com. Margaret now tells Evoke that she soon learned that her birth parents married after they gave Margaret up for adoption, and went on to have two more children.

"Never did it even enter my head that I had a brother and sister. It was a huge, huge experience to learn that I had found my full family just like that," Margaret said.

Margaret, who is among 151 people in Ireland identified as having a fake birth certificate, is telling her story as Ireland's Minister for Children Roderic O'Gorman recently published proposed Birth Information and Tracing Legislation.

The groundbreaking legislation will provide a full and clear right of access for adopted people and others with questions on their origins to birth certificates, birth and early life information. pic.twitter.com/MGlnv4ovp3

"Why not move all of our true birth certs to the [HSE] births, deaths and marriages office so that we can access them like anyone else?" Margaret said to Evoke.

"I don’t think other people would be bothered to access my information but it is important that it should be registered there just like anyone else, so I can get government documents just like everyone else."