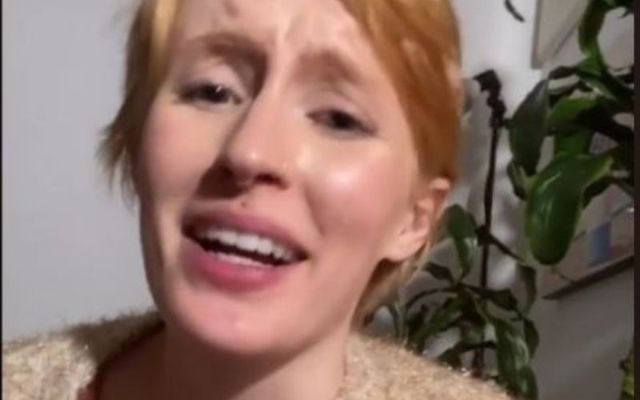 Cat McDonald received quite a shock from an ancestral DNA test. @fretlessfeline TikTok

A Tennessee woman who always believed she was Irish got more than she bargained for when she tried to trace her family's heritage.

Cat McDonald, from Nashville, Tennessee, always believed that she was of Irish descent due to her red hair and Irish-sounding surname, so her father's current wife her an ancestral DNA testing kit in November 2018 so that she could trace her ancestry.

McDonald, however, was in for a double surprise. Not only did the test reveal that she wasn't Irish but part Norwegian, British, and German, it also revealed that her father Paul was not actually her father, according to a post on TikTok.

She made the discovery when she called her father to inform him that she was "not Irish at all" to which he responded: "there's no way you're not Irish".

Confused, McDonald logged into her DNA account to check her results and saw that she had an exact paternal match, only it wasn't her Paul McDonald's name.

McDonald said that she drove "across the country" to give her a biological father a letter but said he refused to meet her.

Meanwhile, Paul McDonald told IrishCentral that she also confronted her mother over the discovery but that his ex-wife told her to keep it a secret.

He said that his "heart was ripped" from his chest when he discovered that Cat was not his daughter.

"Everything I thought was true about my daughter was a lie. Now every time I see a movie with a Dad and daughter I get sick to my stomach," he said.

"The sickest part is her biological parents don’t care about Catherine - they care about hiding their shame. Their fake facade they show the world. Their greed and their money."

He also said that his ex-wife had been caught red-handed by the DNA test and then feigned innocence.

The original video was posted to McDonald's @fretlessfeline TikTok account five days ago and has already generated more than 1.1 million likes, although Paul McDonald said that there were a number of inaccuracies in his daughter's account.

##stitch with @meezersqueezer This is the first time I have said this on the internet and my soul just sighed. ##fyp ##Ancestry ##ancestrydna