Kevin and Phyllis Haran were reunited with their long-lost son after a Catholic adoption agency gave him away. 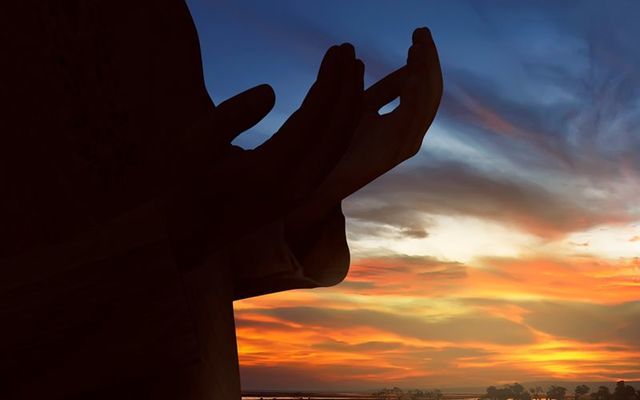 The couple were reunited amid emotional scenes. iStock

An Irish couple were left in tears on a British reality TV show when they were reunited with their long-lost son more than 40 years after he was given up for adoption by a Catholic adoption agency.

Phyllis and Kevin Haran from County Clare were reunited with their first-born son Sean on Monday night's episode of "Long Lost Family" on ITV.

The couple fell in love as teenagers in 1970s Ireland, but Phyllis soon became pregnant with Sean and, unmarried, they decided to move to England and avoid the public scandal that an unmarried pregnancy would surely cause back home.

They soon found that London was no more forgiving, however.

Upon discovery that the couple were keeping a baby in their flat, their London landlady gave them 24 hours to get out, throwing them out onto the streets.

Homeless and jobless, Phyllis and Kevin decided to put their son's interests first and agreed to take him to a local Catholic adoption agency until they could find their feet.

"It was very difficult having to give him up, but I thought we'd get him back again," Phyllis told the ITV show.

The couple said on Monday night's show that the adoption agency informed them that they would be able to get their son back as soon as they were financially stable but that when they returned two months later with jobs and a new flat, they were told that their son would be staying with his new family.

The adoption agency insisted that Sean should stay with the UK-based Spanish family that he was living with, arguing that the couple were married and were more financially stable.

Kevin and Phyllis fought the agency in the courts, but a judge ultimately sided with the agency.

"We wanted our child back, but the judge looked at us and says "you're young, you come from big families in Ireland, I'm sure you're going to have plenty more children yourselves," Kevin told Long Lost Family.

Kevin and Phyllis have since had three children but lost their son Ryan in a tragic accident in 2008.

Phyllis Haran said that she was left feeling betrayed and devastated by the judge's decision and said that she vowed to never stop searching until she found Sean, while Kevin said that the couple needed to make sure that their son was in a safe and loving environment.

Long Last Family tracked down Sean and discovered that his name had been changed to Ruben Molinero and that he was now living in a small mountain town near Madrid with his wife and 11-year-old son. His adoptive parents had taken him to Spain when he was four years old.

He told co-presenter, Nicky Campbell, that it was a "big surprise" when he learned that his parents had come looking for him as he had always believed he had been abandoned as a young child.

"I know that my birth parents were teenagers. It seems they didn't have any money and had to give me up for adoption," Ruben told Campbell.

However, Ruben became emotional when he realized he was always loved by his birth parents.

"I feel it's a shame. They just had difficulties and they weren't allowed to raise me. That makes me sad. I want to meet them and discover my roots and see what happens."

He was eventually reunited with his parents on Monday night's show amid emotional scenes.

“After 45-years of searching, now we have him in the skin and in the flesh” – Kevin #LongLostFamily pic.twitter.com/Rk246VyRZG

"You were never abandoned, we fought for you, we went to court for you, but the judge thought we had nothing to offer you," Kevin told his son through teary eyes.

Ruben told his birth parents that he wanted to get to know them better and find out more about where he comes from and vowed to stay in touch.