Alfie Deehan recounts how an Irish-American family in Minnesota traced their Irish heritage. 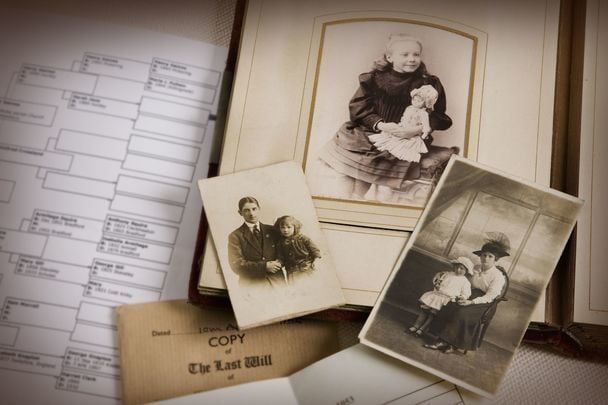 In my last article, I talked about Dr. Fred Lindemann tracing his roots to Ireland, well this is an interesting follow-up.

Two months before my departure to Butte, Montana and Big Horn, Wyoming, I got a phone call from a lady in Tubbercurry, Co. Sligo asking me if I would know anything about a Gillespie family that emigrated from Castlerock, Co. Sligo in 1896 to St. Paul,  Minnesota. She got a call from a Mr. Vince Gillespie stating there were a whole bunch of Gillespie's (his words) in St. Paul trying to trace their roots in Sligo and was hoping that she might be able to help. Monica Brennan (the lady's name) was hoping that I might be able to point them in the right direction as I was familiar with that Townland as  It was close to Mountaffe where I came from.

Yes, I said, you called the right man because I know every Bunch of Rushes, Blade of Grass and every old Ruin that's in the place and, furthermore, I know the name's of the people that once lived there. With that, she gave me Mr. Gillespie's Number and said 'Call him yourself'. This I did,  introduced myself, told him the purpose of my call and explained how I was going to Butte, Montana and Sheridan, Wyoming, in two months' time.

I told him I would be delighted to stop off in St. Paul if he wished and I would give them the history of where the Gillespie's once lived. He was very happy with my suggestion and two months later I flew into Minneapolis Airport.

I was met at the airport by members of the Gillespie family and treated as if I was President of Ireland,  a BBQ and a whiskey reception that evening with over 30 guests. The following evening I was taken to Mancini's Restaurant in St. Paul where a big party was laid on. It was here that I told them all about Castlerock and the way of life that their ancestors would have when living there.

It was a story that went down well and indeed there were tears in many eyes as I regaled the stories that were passed down to me.

I am so pleased to say that the following year over 30 of the Gillespie Clan came to Ireland and every 4 years their group is getting bigger. 2018 over 80 came and in 2022 they have plans to bring over 100. We are so proud of them for the way they love Ireland and the home of their ancestors.

They would have probably have come to Ireland anyway, but I would like to think I played a small part in bringing them here. I love to see the smile on people's faces and a tear in their eye when they see and touch the ruins of their forefathers, it brings back sad memories for me also.

That's my story today and I hope you get as much enjoyment out of reading it as I did writing it.

Did the ancient Irish believe in reincarnation?