100% Irish? Confirm your suspicions or surprise yourself with a DNA test

DNA - It’s something so personal and integral to who you are and where you come from, but often it remains a total mystery. 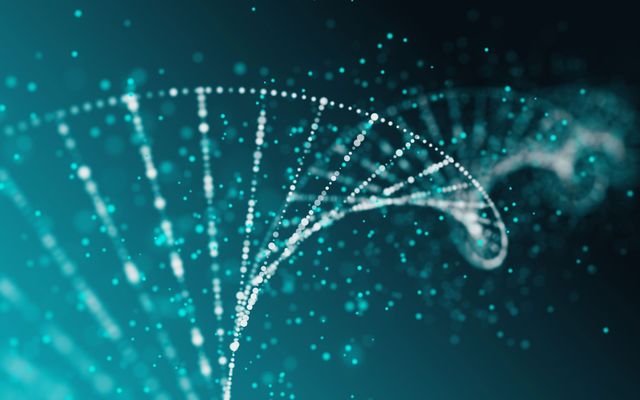 Explore your Irish roots with a DNA test Getty

DNA - It’s something so personal and integral to who you are and where you come from, but often it remains a total mystery.

Family lore might tell you that you’re Irish through and through, but many people who take DNA test find that they’re in for a surprise. On the other hand, countless people find that DNA tests confirm the veracity of their relatives’ stories.

There are many cool things that a DNA test can tell you! This article will cover:

Why take a DNA test? What could I learn from it?

If your DNA is as Irish as you think.

If you’ve already conducted some serious historical research, you probably already have a good idea of where your folks come from. Even so, you might have encountered gaps in the available records or run into roadblocks as you trace your ancestry multiple centuries back in time.

A DNA test can help fill in these gaps!

And if you haven’t done any old-school research yet, then a DNA test will certainly teach you something new.

If you’re more (or less) Irish than your full siblings.

One fascinating quirk of DNA is that there is considerable genetic variation even among full siblings. You and your brother, for example, each inherit 50% of your DNA from your mother and 50% from your father—but the precise make-up of each 50% is likely quite different.

So if you’ve got a big Irish family, place some bets with your brothers and sisters, and send off your DNA to settle the question once and for all: Which of you is the most Irish?

If you’re descended from Niall Noígíallach (Niall of Nine Hostages).

Y-DNA tests enjoy popularity among the Irish thanks to the potential for discovering a genetic link to the famed Niall Noígíallach (Niall of Nine Hostages).  This notorious king took tons of hostages during the fifth century and is also said to have fathered tons of children.

Y-DNA tests tell you about your paternal lineage (you can only take this test if you have a Y chromosome). According to research from Trinity College Dublin, many Irishmen have Y-DNA suggesting a genetic link with the famous Niall.

Curious to see if you’re one of them? Take a Y-DNA test (or, if you lack a Y chromosome, ask your father or brother to take the test for you).

If you have dozens of long-lost cousins.

Another area in which DNA tests excel is reuniting people with family they never knew they had. If you take a DNA test, you can often opt into making contact with people who share DNA similarities with you.

Chances are, you have more family than you think. Let’s say you live in the United States. Ancestry DNA has recently found that you’re related to about 1 in every 5000 Americans. That might not sound like many at first, but considering how huge the country is, it’s actually a LOT of cousins!

During the Middle Ages, Vikings raided and settled in Ireland, leading to the infusion of Viking DNA into the Irish population. Between around 800 and the 1014 Battle of Clontarf, Vikings maintained a considerable presence in Ireland. During that time, they made an impact not only on Irish society but also on Irish genetics.

Now keep in mind that a DNA test will probably not be able to tell you if you descend specifically from the Vikings who made their way over to Ireland. Rather, the test will indicate whether or not you have Scandinavian heritage.

To confirm with a bit more certainty whether Viking blood runs in your veins, you’ll need to conduct some historical research in addition to a DNA test. Exploring the history of your family surnames and the precise locations where they lived might shed some light here.

How do DNA tests work?

First of all, it’s important to know that there are three different kinds of test, each testing a different type of DNA:

Each type of DNA has different things to teach you about your origins.

Overall, autosomal DNA tests are excellent at identifying your ethnicity and finding living relatives. However, these tests are best for relatively recent history, with the potential to stretch back about five or six generations.

This kind of test is offered by many different companies and is very popular.

Next, mtDNA (mitochondrial DNA) can trace your heritage far back into history along the maternal line. Unlike autosomal DNA, mtDNA changes very slowly, so your mtDNA would match that of your distant female ancestors.

And finally, as I mentioned up above, Y-DNA is often of particular interest for people with Irish ancestry thanks to the potential connection with Niall Noígíallach. Y-DNA is traced through the paternal line since it deals with the Y chromosome.

Similar to mtDNA, Y-DNA is quite stable over time, so it can trace paternal lineage far back in history.

Which type of test should you take?

Finding the best DNA test entirely depends on your goals and priorities!

Take an autosomal DNA test if:

Take a mtDNA test if:

Similarly, take a Y-DNA test if:

In general, most people find that an autosomal DNA test makes the most sense and is also the most cost-effective option. Others, however, have specific reasons for choosing a mtDNA or Y-DNA test instead. And of course, there’s always the option to take all three!

Next, you’ll need to choose a testing company. Some of the best and most respected are Ancestry DNA, 23andMe, FamilyTree DNA, and Living DNA. Do a little research to see which company is the best fit. You might look into how big the company’s database is, whether it lets you get in touch with other users or other factors that are important for you. For example, Ancestry DNA is great for exploring your family history, whilst 23andMe is known for their health screening. See here for a detailed comparison of 23andMe vs Ancestry DNA.

Once you’ve made your decision, the testing process is very simple: You’ll order your test and follow its instructions, often by submitting a saliva sample or cheek swab. After several weeks, the company will send back results, typically via email.

But receiving your DNA results back is definitely not the end of the road. Rather, it’s the start of a new journey of discovery. And hopefully, it’s a journey that takes you to Ireland to connect with the hundreds of cousins you’ve just met!