The worst informers for Britain in Irish history

There are few words that the Irish detest more than “informer”. 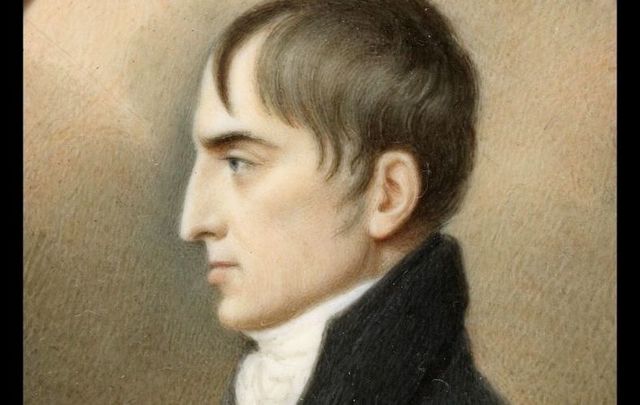 Given the long history of British occupation of Ireland, it is hardly surprising that informers flourished.

There are few words that the Irish detest more than “informer”. Remember Victor McLaglen as Gyppo Nolan in the Oscar-winning 1935 movie The Informer? It portrayed the dreadful end for an Irish informer.

Yet, in real life, it happened. Here are the worst of the breed:

The grandson of Italian immigrants to Northern Ireland, Scappaticci was named as “Stakeknife” the key informer within the IRA in 2003.

Stakeknife worked for the top-secret Force Research Unit (FRU) of the British Army.

He disappeared soon after being named. It is believed that he has returned to Northern Ireland just once  for his father’s funeral in 2017

On 16 December 2005, Sinn Féin president Gerry Adams announced at a press conference in Dublin that Denis Donaldson, a top Sinn Fein official, had been an agent for British intelligence. This was confirmed by Donaldson in a statement which he read out on RTÉ, the Irish state broadcaster, shortly afterward.

Donaldson had been influential in the Sinn Fein American outreach out strategy and was well known in Irish American circles where he was a frequent visitor.

In his statement, Donaldson stated that he was recruited after compromising himself during a vulnerable time in his life but did not specify why he was v exposed. Donaldson disappeared after admitting his role as an informer.

On 19 March 2006, a journalist found him at a cottage near Glenties, County Donegal. Shortly after, on April 4, 2006, Donaldson was found shot dead inside the cottage. A Dissident IRA group claimed responsibility.

Between 1877 and 1879, 20 Irishmen known as the Molly Maguires, Irish emigrants fighting for better conditions in the Pennsylvania coal mines, were executed. They were fighting horrific conditions in the mines and vicious owners intent on keeping unions out of their lucrative business.

They were convicted b the informer testimony of a fellow Irishman, James McParland, an Armagh native who was sent in by the Pinkerton Agency to infiltrate the Molly Maguires. Previously McParland had worked as a laborer, policeman, and liquor dealer before going broke and becoming an informer on his own.

Within a short time McParland, using the name James McKenna, had successfully infiltrated the Mollies and even became secretary of the local AOH lodge. Some of his reports back to the agency ended up in the hands of local vigilantes who murdered several Irish miners and the wife of one Irish union militant. Despite this McParland continued to inform on his fellow Irishmen.

What took place because of him according to historian Harold Aurand, was "one of the most astounding surrenders of sovereignty in American history. A private corporation initiated the investigation through a private detective agency; a private police force arrested the alleged offenders; the coal company attorneys prosecuted them. The state only provided the courtroom and hangman

The trials of the Molly Maguires began in 1876 with the star witness for the prosecution being  McPartland. He showed no nervousness or fear sending his fellow Irishmen to the gallows. He subsequently had a long career with the Pinkertons

Francis Magan was one of Dublin’s leading barristers and passed himself off as a true Irish nationalist. In reality, he was an informer for the crown, responsible for the capture and death of Lord Edward FitzGerald the charismatic leader of the United Irishmen in Dublin who was to lead the United men in taking over Dublin military installations in 1798 Rising.

Magan professed to be a United Irishman and turned informer after he demanded £1000  from the British for information leading to the arrest of Fitzgerald. With the money secured, Magan went to work.

To trap FitzGerald  Magan organized a meeting of the Dublin United Irishmen in his own house, on the night of 17 May 1798. Lord Edward got away on that occasion but two nights later just a day before the Dublin insurrection was planned Magan led authorities to FitzGerald's secret hiding place. FitzGerald was shot in his bed and died two days later.

It was almost a century later when Magan’s treachery was revealed when historical records of the time were opened up.

McNally was perhaps the most treacherous spy in Irish history, A Dublin barrister, he joined the United Irishmen revolutionary group led by Theobald Wolfe Tone and Lord Edward FitzGerald. The group influenced heavily by the French and American revolutions sought to bring Irish “Catholics, Protestants and Dissenters” together.

After plans to seek aid from France for the United Irishmen were uncovered, McNally was implicated and turned informer to free himself.

To add insult to injury McNally as a trusted Irish barrister represented the revolutionaries at their trials. He kept the Crown prosecution aware of every defense maneuver and likely witnesses

Incredibly still an informer, he was Robert Emmett’s lawyer after his ill-fated 1803 revolution. Again he kept the Crown informed of Emmett’s every move and legal strategy.  Robert Emmett never had a chance.

In 1997, the Sinn Féin newspaper, An Phoblacht in an article on McNally, described him as "undoubtedly one of the most treacherous informers of Irish history".

Richard Newell was a United Irishman who was also an informer based in Belfast and spying on United Irishmen in the 1790s.

His younger brother, Robert described Newell as being "in the practice of going through the town of Belfast disguised in the dress of a light horseman, with his face blackened and accompanied by a guard of soldiers, pointing out certain individuals who have in consequence been immediately apprehended and put in prison".

Newell later repented and wrote a book revealing all. Newell claimed that £2,000 was given to him as a reward for causing 227 innocent men to be jailed.

Carey was part of the Irish Invincibles, an off-shoot of the Fenian movement who killed two senior British officials after attacking them in Phoenix Park Dublin in 1883.

Carey was caught and turned informer leading to five co-conspirators being hanged.

Carey was now a known informer and fled Ireland on a boat to South Africa under the name of Power. Unluckily for him on board was Fenian Patrick O'Donnell, who found out who “Power” was and shot Carey dead as they reached land.

The informer’s death was greeted with parades and joyous scenes in Ireland.

Two informers known only as code name Granite and Chalk were sending intelligence about the 1916 Rising plan to Dublin Castle, files from the period revealed.

To this day their real names cannot be identified.