Robert Emmet's one-day trial where he was charged with high treason against the king was "both a farce and an epic." 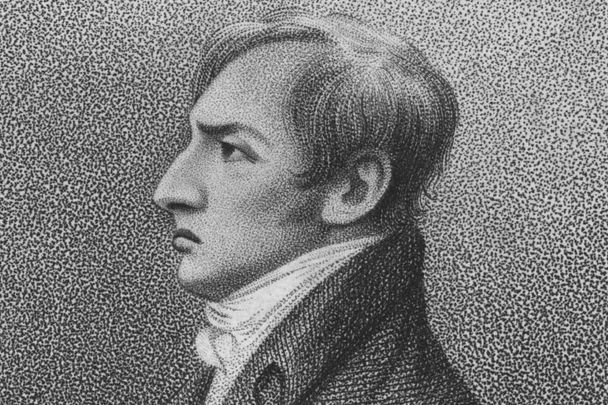 Robert Emmet was executed on September 20, 1803, following a one-day trial the day before on a charge of high treason against the king.

As charges went in the Ireland of the day, this was definitely one to avoid if you aspired to old age.

No appeal or plea for mercy was allowed.

As courtroom epics go, the trial was both a farce and an epic.

The latter because it gave to the world Robert Emmet’s speech from the dock, a classic of courtroom testimony that inspires to this day.

Emmet, so the story goes, had organized his doomed rebellion in the Brazen Head, Dublin’s oldest pub with a license dating to 1666 and the existence of a public house on the site going back, by one estimate, to 1198.

So by 1803, the Brazen Head was a Dublin fixture and a tired and tested place to plot rebellion.

The Emmet-led Rising was a disaster from an Irish point of view.

But the young patriot would win in another way - even though the prosecution was able to buy off his main defense lawyer, though not the lawyer assisting.

The fix was in.

The verdict was certain.

The punishment was but hours away.

But before the rope, Emmet bestowed to the world his speech.

There are different versions in print.

“Let no man write my epitaph; for as no man who knows my motives dare now vindicate them, let not prejudice or ignorance, asperse them.

“Let them and me rest in obscurity and peace, and my tomb remains uninscribed, and my memory in oblivion, until other times and other men can do justice to my character.

"When my country takes her place among the nations of the earth, then and not till then, let my epitaph be written. I have done.”

He was beheaded after dying on the scaffold.

Justice at that time was keen on gruesome emphasis.

Nobody claimed Emmet’s remains which were interred by authorities, their precise whereabouts unknown to this day.

Emmet is a role model for not a few aspiring attorneys, not least Irish American ones.

And he is formally remembered on American soil by means of a statue in a small park in Washington, DC which was rededicated in 2016.

President Woodrow Wilson, no friend of the rebellious Irish of his own time, spoke at the dedication ceremony.

None less than President Lyndon Johnson conveyed his admiration for Emmet in a message that was read at the event.

The rededication event back in the spring of this year, the second such, saw today’s Irish Ambassador to the United States, Anne Anderson, presiding over a ceremony at the park site, which is at Massachusetts Avenue and 24th Street.

A long way for sure from the Brazen Head. But only a short distance from the embassy of a nation that has well taken its place among the others of the earth.

This story first appeared in the Irish Echo. Originally published in 2016. Updated September 2022.

What is the Celtic symbol for family?