IRA shot a British spy in Central Park 100 years ago

Patrick Joseph O'Connor, commonly known as "Cruxy", had performed a dual role in the Irish War of Independence, first working as a British spy to keep tabs on the prominent republican movement. 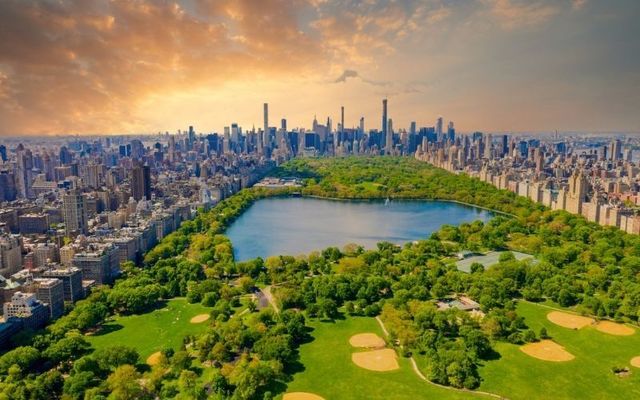 One hundred years ago this week, three IRA gunmen shot and gravely wounded a British spy in Central Park after tracking him across the Atlantic.

Patrick Joseph O'Connor, commonly known as "Cruxy", had performed a dual role in the Irish War of Independence, first working as a British spy to keep tabs on the prominent republican movement in the working-class Cork City neighborhood where he grew up.

He later joined a local unit of the IRA in late 1920 and ironically assassinated an alleged British Government spy in his first recorded action as an Irish soldier.

In February 1921, O'Connor manned a machine gun in an ambush of a British convoy but claimed that the gun jammed when the convoy was right in front of him.

The IRA managed to inflict heavy casualties during the attack, but the ambush was ultimately a failure, leading some rebels to suspect O'Connor of being a coward or a traitor.

O'Connor was arrested shortly after returning to Cork and faced execution for carrying a firearm.

He told the police that he was working as a spy for the British Army and, after three days of interrogation, revealed the names of three "known murderers" hiding in a safe house in the rural area of Ballycannon.

Police said the rebels started a gun battle, but eyewitnesses claimed the men were caught sleeping, ordered to run, and then shot in the back to make it appear that they were trying to escape, according to the New York Times.

All six men were killed, with most of the entry wounds found in the rear of their bodies.

IRA leaders later learned from sympathetic Royal Irish Constabulary officers that Cruxy O'Connor was responsible for the leaked information that led to the deaths of the six men.

The IRA initially planned to poison O'Connor with strychnine while he was under protection at the heavily fortified Victoria Barracks in Cork.

O'Connor's mother Hannah used to deliver food to her son in a basket, so the IRA devised a plot to impersonate her and deliver poisoned food. They found a similar basket and employed local republican Ethel Condon to dress in old shoes and a shawl just as Hannah O'Connor would have been.

Condon managed to deliver the fatal meal, but the real Hannah O'Connor reached the barracks just in time to alert soldiers of the plot.

With the IRA on his trail, the British authorities moved Cruxy to New York via London, but he was soon recognized working in a department store on 34th Street.

Pa Murray, Danny Healy, and Martin Donovan, three IRA men who lived in the same area of western Cork City as O'Connor, traveled to New York in early 1922 and received revolvers from Irish-American union leader Jimmy McGee, who was sympathetic to the IRA's cause.

On April 13, 1922, almost exactly a year after the Ballycannon massacre, the three gunmen tracked O'Connor to Columbus Avenue.

The gunmen followed O'Connor along 83rd Street, intending to cut him off as he reached the intersection of 84th Street and Central Park West. However, O'Connor caught sight of the gunmen and ran towards the park before making a U-turn and running right into Danny Healy, who was pointing his gun right at him.

Healy fired and thought he hit O'Connor in the chest. O'Connor, however, sprinted away before Healy found the target twice.

The British spy kept running until Healy caught up with him and shot him twice more.

Instead of getting into the getaway car with Murray and Donovan, Healy walked away casually on foot before breaking into a run with dozens of bystanders giving chase.

Donovan, whose gun misfired during the initial ambush, confronted the crowd with one hand in his coat pocket, bluffing that he had a gone. The bluff worked and most of the crowd turned away.

One person continued to track Healy, however, until the gunman finally lost him in the 79th Street Subway station.

New York police considered a number of theories before the true motive of the attack was revealed, making the front page news in New York newspapers.

The three gunmen managed to escape New York with the help of Jimmy McGee, who helped all three board a ship back to Ireland, with two boarding as stowaways and one boarding under a fake name.

Astonishingly, O'Connor survived the four gunshot wounds and refused to give up the men who had shot him.

O'Connor later moved to Canada where he married and had a child. He moved his family to New York and then to England before finally returning to Canada, where he died in the 1950s.

Why Easter is such an important holiday to the Irish