Sister Mary Kelly, who was 12 when Michael Collins was shot, heard shots fired Aug 22, 1922, and witnessed the aftermath. 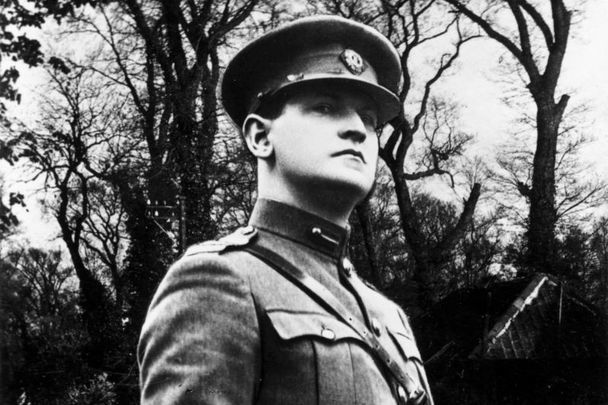 An Irish nun claimed to have witnessed the final moments of Irish revolutionary Michael Collins as National Army soldiers carried his body to an army tender in Béal na Bláth.

Mary Kelly, who was 12 when Collins was shot, was carrying a cartful of hay home with her father Michael when they heard shots fired on the evening of August 22, 1922.

Kelly recounted her experience to Fr. Jason Murphy in 2001 when she was an elderly nun living in a Sisters of Nazareth nursing home in England. She had joined the religious order in Mallow seven years after Collins' death in 1929.

The elderly nun was able to recall events from the Irish War of Independence during Fr. Murphy's visit, including the arrival of the Black and Tans in Cork and the death of Cork Mayor Terence MacSwiney on hunger strike.

Fr. Murphy told the Irish Times that Kelly, who became Sr. Isidore after joining the convent, was still emotionally affected by seeing Collins' body and the aftermath of the ambush.

"In the quiet of the evening, they heard what sounded like shooting, one round of bullets after another," Fr. Murphy said.

"It came from below the hill, on the road at Béal na Bláth. After half an hour or so a deadly quiet had fallen. There then erupted what seemed like panicked shouting, and Mary and her father ran across the fields to see, from the hillside above, a frenzy of men running backward and forward.

He said Kelly and her father could see Collins lying face down on the ground beside an armored car with a gaping wound in the back of his head. She said the men knelt in prayer beside his body, reciting the Act of Contrition.

"The two stood in stunned silence as the soldiers, tears falling from their faces, placed his body in the back of the car and drove at speed in the direction of Cookstown and Cloghduff. The father and daughter were left standing alone on the roadside in the drizzle, gazing at a pool of blood that was to stain the spot where Collins had fallen on the roadway," Fr. Murphy said.