If it was from a sniper’s gun it was a remarkable hit. For comparison, Lee Harvey Oswald with a far more sophisticated rifle shot John F. Kennedy much closer in at 300 feet. 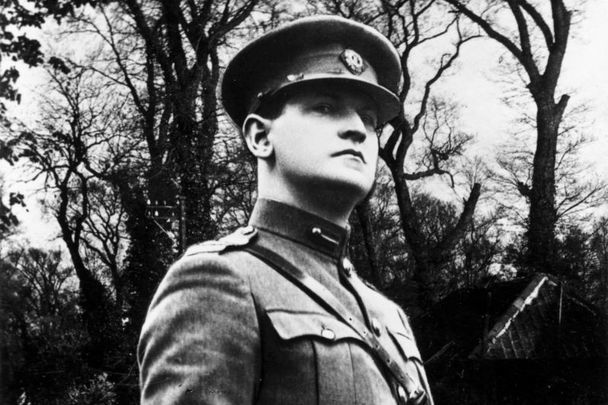 Michael Collins was killed in an ambush in Co Cork on August 22, 1922. Getty

Michael Collins was shot at around 8:30 p.m. from a distance of 450 feet away, as darkness fell on a lonely road between Cork City and the town of Bandon on August 22, 1922.

If it was from a sniper’s gun it was a remarkable hit. For comparison, Lee Harvey Oswald with a far more sophisticated rifle shot John F. Kennedy much closer in at 300 feet.

The manner of Collins' death has led to a century of speculation, but suffice to say the mystery has gotten deeper rather than getting resolved.

A JFK-like storm of unanswered questions still surrounds Collins’ death.  It is extraordinary that despite the fact he was the commander-in-chief of the Irish Army, no autopsy was performed or reason for death certificate issued. There was no major military inquiry at all, astonishing given who he was.

The evidence suggests the army carried out a cover-up at the highest level.  The fact is, the most renowned Irish leader of his time was the victim of dreadfully poor security measures given that he was in the enemy’s lair in Cork where resistance to the treaty was greatest.

He was a very visible target in Cork, drinking in a hotel, holding meetings, and in no way hiding his footprints as he had done so successfully when operating in secret against the British.

Sure enough, word was passed to an IRA unit outside the city that he was likely driving from Cork to Bandon that night and the trap was set.

The security lapses were extraordinary.  Collins was driving through the heart of enemy forces with a detail of fewer than 20 men providing bodyguard protection for him, a hideous oversight.  A proper advance guard would have encountered the ambush attempt which consisted of a cart blocking the road and an explosive device, and kept Collins away from the danger.

Instead, Collins ran right into it and foolishly chose to stand and fight.  His blood was up.  He was not going to take any military attack from those he described as “irregulars.”

In the end, he was poorly served, and the claims of cover-up have reverberated through the years. The most far-out conspiracy theorists believe that he was killed by Emmett Dalton, a member of his own military staff who, the theorists say, was a British agent who took the opportunity of the ambush to shoot Collins. Even Alex Jones might pass on spreading that one.

That is not to rule out friendly fire amid the surprise ambush. Repeated eyewitness accounts state that far from taking cover, Collins was firing back from exposed positions. It was late and getting dark and the fog of war took over.

One of them, likely O'Neill, killed Collins, but what would it benefit us now to discover that?  O’Neill lies in an anonymous grave in Co. Tipperary where he moved to avoid retaliation.

The secret of who killed Michael Collins likely lies with him.

Bones reveal Irish chopped up dead before burying them