Today we remember, Joseph Sheridan Lefanu, the literary talent behind most of the spooky vampire tales we know and love today. 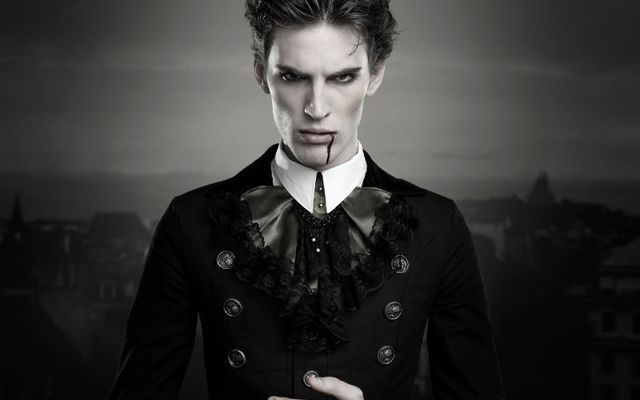 This Irish author is behind most spooky vampire tales. Getty

Although many will not recognize the name of Dublin novelist Joseph Sheridan Lefanu, this literary talent and writer of Carmilla, is the man behind most spooky vampire tales we know and love today. From Dracula to Twilight, the Dubliner paved the way.

He may not necessarily be a household name but the influence of the gothic horror literature pioneer is present in many of today’s books, movies, and television shows.

In 2014, a Google Doodle documented the writer’s 200th birthday with the drawing of a fanged ghost hovering over a girl’s bed, a fitting tribute to a man who, along with Edgar Allan Poe, created the modern ghost story.

Twenty-six years before Bram Stoker gave us Dracula, La Fanu wrote his 1871 novella “Carmilla,” about a sexually charged lesbian vampire. The story would go on to inspire several films, including  Danish director Carl Theodor Dreyer's "Vampyr" (1932) and Harry Kümel's "Daughters of Darkness" in (1971).

"Carmilla" was first published in the magazine The Dark Blue and was later incorporated into La Fanu’s "In a Glass Darkly."

"In a Glass Darkly" was a  collection of five short stories written as the case histories of Dr. Martin Hesselius, one of the first occult detectives in literature.

One of Le Fanu’s greatest known works is perhaps his 1864 gothic horror novel "Uncle Silas," which was made into the 1987 film “The Dark Angel” starring Peter O’Toole.

Born in Dublin's Lower Dominick Street in 1814 to an impoverished Protestant clergyman, Le Fanu would go on to study law at Trinity, but eventually abandoned law for journalism and literature. In 1838, he began writing stories for the Dublin University Magazine with his first ghost story "The Ghost and the Bone-Setter.”  He would become the owner of several newspapers, with financial interests in the Statesman, The Dublin Evening Mail and the Warder.

The Guardian writes that Le Fanu was one of the first practitioners of the psychological ghost story in which a haunting could arise from a broken psyche as well as a supernatural intrusion. He perhaps was inspired by the tragic death of his wife Susanna Bennett.

In 1856, Le Fanu moved with his wife and their four children to 18 Merrion Square, which once belonged to Susanna’s parents. After moving into the home, which Le Fanu rented from his brother-in-law, his wife began to suffer from increasing neurotic symptoms.

According to the Herald, she was rumored to see visions of her recently deceased father who would tell her that apace was waiting for her in the family vault in Mount Jerome.

She died in April 1858 at the age of 34 from what was described as a “hysterical attack” and the circumstances surrounding her death were never properly explained. After her death, Le Fanu would not write fiction again until his mother’s death in 1861.

Le Fanu died in Dublin on February 7, 1873, at the age of 58. Although there is a road and a public park in Ballyfermot named after him, his real legacy lives on in today’s modern horror stories, which he greatly influenced.

"Le Fanu greatly pushed out the boundaries of the Victorian ghost story. He was a meticulous craftsman who combined the contemporary Gothic literary conventions with his own realistic technique to produce stories with psychological insight and supernatural terror,” said the Irish Times, marking the Irish writer’s birthday.

"He did not seek to produce a 'shock horror' effect but often left important details unexplained, which added to the mystery."

Have you read any of Le Fanu's work? Let us know what you thought of it in the comments section, below.