How Bram Stoker created Dracula with the aid of Irish folklore 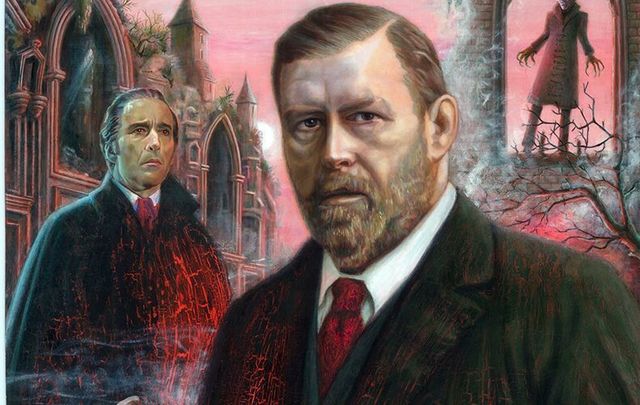 Did Bram Stoker look to Irish mythology for his inspiration for Dracula? Aidan Hickey

Did you know Bram Stoker's classic horror "Dracula" was inspired by his Dublin roots?

In 1897, Dubliner Bram Stoker published his famous novel "Dracula" but what inspired him? Perhaps he wasn’t inspired by Romanian legends. There’s plenty of evidence that suggests his masterpiece Dracula came from Irish horror stories.

Dracula is considered a masterpiece of the Gothic horror genre and was published in 1897. It has been immortalized in films, stage productions and popular culture for years. 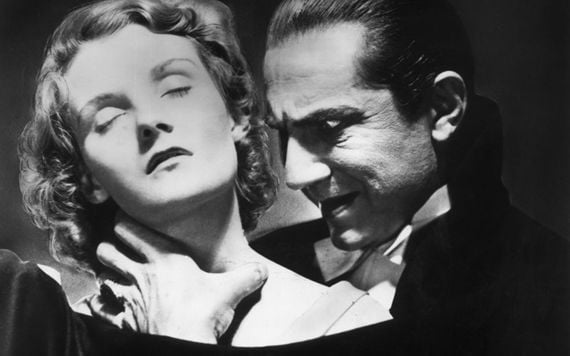 The story, which is set in Victorian times and revolves around attempts of Count Dracula, a vampire, to relocate from Transylvania (present-day Romania) to England, and often the ghoulish interaction between him and a small group of people.

Subscribe to our sister publication, Ireland of the Welcomes, here

Author Bram Stoker had never been to Romania. Where did he get his inspiration for Dracula?

People have believed in vampires since time immemorial. Many primitive cultures held beliefs in vampires and guidelines on how to protect oneself from an attack, how to kill a vampire, and exterminate its immortality.

Legends of vampirism reach back to Assyria, Babylonia, China, and South America.

In the 1800s in Greece, the belief in vampirism was particularly prevalent - anyone with red hair was suspect and may have been killed. The real home of vampirism, however, is Eastern Europe, specifically Romania. The reason Romania is most associated with the vampire is thought to be a combination of legends, superstitions, a war-mongering history and culture of Roma gypsies.

Vampirism could be explained by many things:

The medical condition porphyria, for instance. Patients with this affliction develop pale skin, sensitivity to sunlight, receding gums which make their teeth appear larger, and severe anemia. The cure for anemia in the past was to drink the blood of animals.

Vampirism may also be linked to the practice of grave robbing common at the time. Or it may have come from the need to drink the blood of animals which originated when soldiers or huntsmen went out in the wilderness and having no cooking facilities, drank animal’s blood and then became addicted.

Popular opinion believes Stoker spent several years researching vampires and European folklore. He based the novel on the real-life person of Dracula, Prince Vlad III of Wallachia who lived from 1431 to 1476.

Vlad, who is regarded as a national hero in Romania, was a bloodthirsty prince with a penchant for impaling enemies, hence the name Vlad the Impaler. The name Dracula, according to this theory, comes from Drac which was the name of Vlad’s father. Dracula simply means son of Drac which means devil, or it may mean dragon.

Was Dracula based on an Irish horror story?

Yet there have been arguments against this idea, some critics suggest that it was impossible that Stoker based his horror fiction on Prince Vlad the Impaler and that the real connection and inspiration for Dracula may be closer to home.

What’s more, what may come as a surprise is that Ireland does have an affinity for that bloodsucking entity, vampire. There are several elements that may have contributed to Stoker’s imagination for the novel.

For example, a number of factors from Stoker’s childhood in Ireland may have inspired the writer’s early imagination to the idea of blood-sucking. Bram was an extremely sickly child, though it is very unclear what his illness was, and why he had a sudden recovery when he was seven years old.

However, it was quite common at the time in Ireland of the 1840s to bleed a sickly patient, and it is likely young Bram was bled as an attempt to cure his ailment. So, the story goes, with Stoker’s vivid writer’s imagination he recycled these memories of being bled into a story about vampires.

His mother was another considerable influence on Stoker as a child. Charlotte Blake (1818-1901) was born in Sligo and was a prominent proponent of women’s rights. She had lived through Famine years and regaled young Bram with stories of destructive effects on humanity with accounts of skeletal people walking countryside, effectively, living dead. Interestingly, Stoker’s original manuscript was in fact titled "The Undead."

Did the Irish famine influence the creation of Dracula?

During famine times there were also accounts of cannibalism such was the desperation of starving people. In fact, there was a particularly ghoulish practice that frequently occurred. Blood would have been sucked from dead or in some cases nearly dead bodies.

Charlotte also told her son stories of a dreadful cholera epidemic that nearly wiped Sligo off map in the 1830s. Some sufferers were buried alive in case they spread illness.

Also, though it may not be a well-known fact, Dracula was not the first vampire novel but the second. Another Irish author Sheridan Le Fanu wrote a vampire novel "Carmilla" (1871) which preceded Stoker’s work and which he was bound to have read.

Then there was the influence of torrent of contemporary novels of a similar genre.

Throughout the 1880s and 1890s many writers like Robert Louis Stevenson, Arthur Conan Doyle, and H.G Wells wrote sensationalist novels about supernatural, and no doubt these influenced Stoker. Another theory says that the writer himself admitted that after a meal of dressed crab in a fashionable restaurant in London on March 8, 1890, Stoker had a vivid nightmare about blood-sucking creatures and this spurred him to write Dracula.

Though these factors were influences on Stoker and vampire ideas, some sources hold that Stoker’s horror story had its real roots in Irish mythology.

Though not widely advertised, vampire story has been part of Irish mythology for millennia. The Sidhe or fairy people were a powerful, supernatural race who lived in a parallel world in which they walked amongst the living.

Also, some of these fairy people were obliged to drink blood, human or animal to survive. Could this be where Stoker got his idea from?

And what’s more, where did Stoker really get the title of his novel? Folklorist Owen Harding believes the origin of word Dracula may be from the Irish language.

The Irish word dreach-fhoula (pronounced drac-ula) means bad or tainted blood. The expression is believed to refer to blood feuds between people or families.

However, there is an earlier legend associated with it. There is a site which is called Dun Dreach-Fhoula or Castle of Tainted Blood. This was apparently a fortress guarding a lonely pass in Macgillycuddy Reeks Mountains in Co. Kerry in southern Ireland. It was, and still is, reputedly inhabited by blood-drinking, shape-shifting fairies.

Then there is Abhartach. The Abhartach (pronounced avertack) is Irish for a dwarf, and also refers to an early Irish legend. Owen Harding suggests that this may have been the prototype for Stoker’s novel.

In the parish of Glenuilin, in Derry in Northern Ireland in a place called Slaghtaverty, there once lived Abhartach, a fiendish supernatural dwarf who had been around for centuries. This creature gorged on human blood and its cruelty were widespread in the area. The Abharach was one of neamh-mairbh (walking dead). He was at last vanquished and slain by a neighboring chieftain called O’Kane. O’Kane buried Abhartach in a standing position, but very next day it returned and was more bloodthirsty than ever. The O’Kane chief killed him a second time and buried him as before, but again he escaped from grave spreading terror and feasting on the blood of its victims.

The chief then consulted a learned druid who gave him advice. O’Kane killed a monster a third time and this time, buried him in the same place with his head downwards. It is this that subdues Abhartach’s supernatural power.

This story has been passed down locally for years. There is even a lacht (monument) over Abhartach’s burial place which is still there. Owen Harding says there was a manuscript published about this legend from an anonymous writer. It was entitled The Abhartach, Dreach-Fhoula. This document was exhibited up till 1868 in none other than Trinity College which Stoker attended. So is it likely that Stoker used this story to base his novel on?

Harding believes it is. Not only that, Harding tells of another macabre twist of fate which adds an uncanny dimension to the story. The creature’s offspring apparently returned and wreaked havoc on several people by feasting on their blood. It was eventually killed and buried in a way that stopped its power, and now lies undersea. This event occurred in Howth, County Dublin, where Stoker was born. And when? The year was 1897 – the year Dracula was published!

Bram Stoker: Bram (Abraham) Stoker, third of seven children, was born on November 8,  1847, to a Protestant family in north Dublin coastal area of Clontarf. After attending Trinity College, Stoker married Florence Balcombe, a celebrated beauty who had previously been courted by Oscar Wilde. They moved to London where their only son was born. There, Stoker who was always fascinated by theatre met Sir Henry Irving great Shakespearean actor. The two became close friends and eventually, Stoker became actor-manager of Lyceum Theatre in London’s West End which was leased by Irving. Bram Stoker died of a stroke in 1912 and his ashes are interred in Golders Green, London.

* Originally published in our sister publication Ireland of the Welcomes, in July 2013.