Irish legends and myths have provided generations of storytellers with epic magical tales and characters full of bravery, passion, and loyalty. 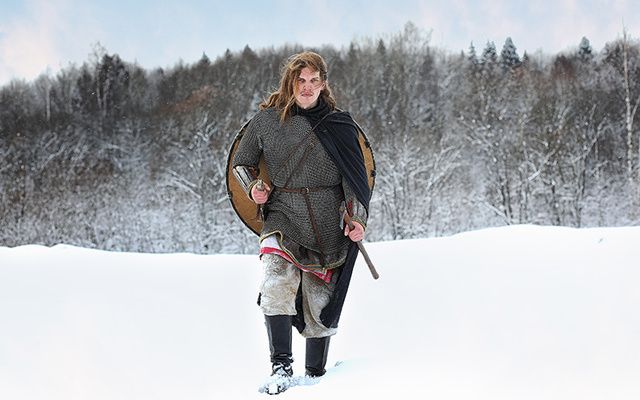 Irish mythology and ancient Irish stories and folklore are full of incredible feats, brave warriors such as Fionn Mac Cumhail, and epic stories of love that will give an exciting Irish twist to any storytelling session.

Irish folklore, legends, and myths are loved across the world for the imagination and significance in which they bring us closer to ancient times. For many years, Irish storytelling was always a spoken word and never written down. Instead, the stories were passed down from generation to generation.

Such is the influence that ancient Irish myths have played in our culture, that many of the most popular Irish names today are taken from the characters of Irish legends such as heroic Fionn Mac Cumhail.

Here are our favorite Irish legends and myths that will let you in on another side to Irish history and culture:

Finn MacCool accidentally gained all the knowledge in the world. He gained an understanding of the past, present, and future because of the magical salmon in which he ate from the River Boyne.

The Children of Lir

The Children of Lir follows four siblings, three boys, and one girl. Their mother died but their father Lir, quickly remarried Aoife, a woman filled with jealousy over the kids and began to plot their murder. The children end up being turned into swans because Aoife wants love from Lir. However, things do not go in her favor.

Oisín who was a warrior with the Fianna and one day met Niamh Cinn Óir. She invited him to her home which was under the waters of the lake, in a place called Tír na n-Óg (the land of the young).

Rooted in Celtic folklore, fairies are the most magical and mystical of myths. One of the most fascinating things about Irish fairies is that they can take any form but most often appear as humans.

Cuú Chulainn was born as Setanta, the son of human parents but he was renamed Cú Chulainn (meaning "The Hound of Cullen") after killing Culann's own dog with nothing but a sliotar and hurl. He went on to work for Culann to pay him back for killing his hound, and the Irish hero battled many monsters and heroes for his boss.

The bean-sidhe (evolved to Bean Sí, literally meaning fairy woman, and then anglicized to Banshee) is a fairy who may have been an ancestral spirit appointed to warn members of certain ancient Irish families of their time of death. She appears in one of three guises: a young woman, a stately matron, or a raddled old hag.

The Legend of Diarmuid & Grainne

Labeled as the great romantic legend of Ireland, the story follows the love triangle between the warrior Fionn mac Cumhaill, the princess Gráinne, and Diarmuid Ua Duibhne.

What are your favorite Irish legends and myths? Let us know in the comments section, below!