The ancient Irish myth Children of Lir, the basis for Swan Lake

The ancient Irish myth of King Lir, his four children, and his powerful wife Aoife forms the basis of the ballet classic, Swan Lake. 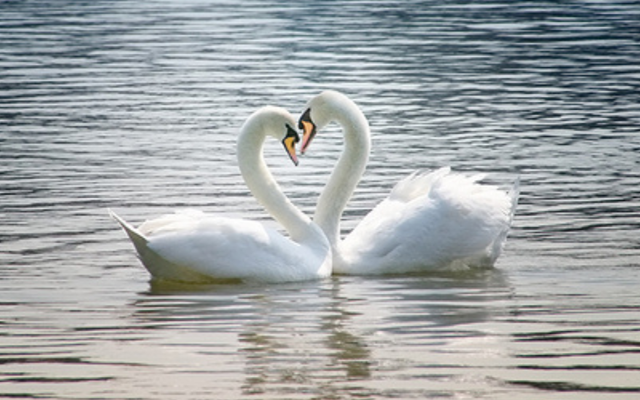 A retelling of the ancient Irish myth of King Lir, his four children and his powerful wife Aoife.

Many years ago in ancient Ireland, lived a King and ruler of the sea called Lir. He had a beautiful wife, called Eva, who gave him four children – eldest son Aodh, a daughter called Fionnula, and twin boys, Fiachra and Conn.

When the children were young, their mother Eva died. Lir and children were very sad, and King wanted a new mother for his young sons and daughter, so he married Eva’s sister Aoife who, it was said, possessed magical powers.

Aoife loved the children and Lir at first, but soon she became very jealous of the time that King spent with Aodh, Fionnula, Fiachra, and Conn. She wanted to have all of his attention for herself. One day, she took the children to swim in a lake while the sun was hot in the sky. When they got there and children took to the water, Aoife used her powers to cast a spell over children, which would turn them all into beautiful swans.

She knew that if she killed children, their ghosts would haunt her forever, so instead, she cast this spell, forcing them to live as swans for 900 years - three hundred on Lake Derravaragh, three hundred on Straits of Moyle, and three hundred more on Isle of Inish Glora. The spell would only be broken when children heard the ringing of a bell, and the arrival of St. Patrick in Ireland.

But Aoife’s spell had not taken away children’s voices, and so it was that these four beautiful swans could sing beautiful songs and were able to tell their father what had happened to them. Lir, who had been searching for his children, came down to the lake and saw Fionnuala, now a swan, who told him of spell cast on them by Aoife. Enraged, he banished Aoife into the mist, and she was never seen again.

Although saddened by his children’s fate, Lir remained a good father and spent his days faithfully by the lake listening to their singing. Their three hundred years on Lake Derravaragh were filled with joy, but at end of this first part of their spell, the children had to say goodbye to their father forever.

They traveled to Straits of Moyle, where they spent three hundred years enduring fierce storms and spent much time separated from each other. But they survived these three hundred years, and eventually traveled, together again, to fulfill the final stage of their spell, on a small saltwater lake on Isle of Inish Glora.

The King by now had passed, and of his once glorious castle nothing but ruins remained. One day, they heard the distant ringing of a bell – one of the first Christian bells in all of Ireland – and swans followed the sound, knowing that the end of their spell was near. They followed bells to the house of a holy man called Caomhog, who cared for them during the last years of their fate.

One day though, disaster struck again, when a man appeared at house dressed in armor, saying he was King of Connacht, and he had come for now legendary and mystical swans with beautiful singing voices. He threatened to tear down and ruin Caomhog’s house if swans did not come with him, but just as he was laying his hands on them, bell tolled again, and mist of lake came and enveloped swans, turning them back into children they were nine hundred years before.

The frightened King of Connacht fled immediately, and children in their human form started to age rapidly. Caomhog knew that they soon would die, so he quickly christened them before their human bodies passed away, so that their legend and their names could live on forever, for these were Children of Lir.

*Originally published in July 2013 on Ireland of the Welcomes. Updated in 2021.