Ireland’s Cú Chulainn was a Mayan god too

An amateur historian believes one of the heroes of ancient Ireland was a Mayan God as well. 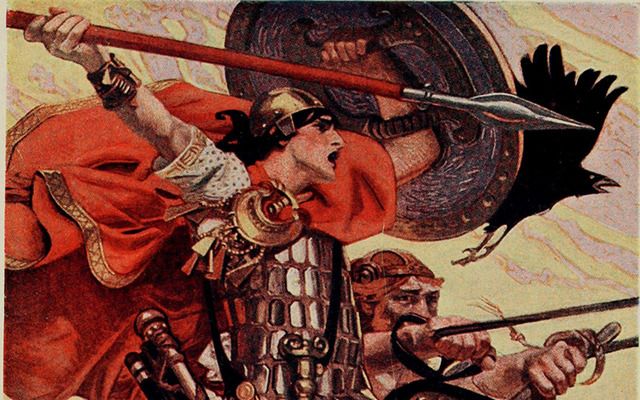 People may think of Cú Chulainn (pronounced ‘Ku Kullen’) as a uniquely Irish hero – it was in Ireland that the Hound of Ulster’s most heroic deeds took place, after all – but one amateur historian now thinks that Cú Chulainn’s fame extended far beyond the shores of the Emerald Isle.

Blogger Xavier Séguin thinks the Mayans worshiped Cú Chulainn as a god a millennium ago. His theory is that a shipwreck on the Maine coast was navigated by a man the Mayans called Kukulcan.

Vikings are thought to have been the first white men to discover North America several centuries before that and Séguin believes Cú Chulainn could have joined them.

“Thus the famous Cuchulainn of Ulster after many battles and glorious facts [sic], reached the islands of Atlantis [with the Vikings] and then Mesoamerica … This scenario seems very complicated. I think Cuchulainn is Atlantean, and not from Ulster. This is one of three sons of Lugh, the last of the giant god-kings who reigned in Atlantis. Cuchulainn had three brothers, three princes without kingdom because Avalon – the island of Atlantis – was no more.

“The other two brothers, the most illustrious princes, have faced the same cruel fate, escape from a magical island to reach unknown lands.”

Kukulcan was indeed a Mayan God, but legend has it that he was a feathered snake and not an Irishman. In one legend he is cited as the reason for earthquakes in July, which he causes to let his sister know he is still alive.