Story of Cú Chulainn, greatest of all Irish warriors, is being made into a movie

Would you like to see ancient Irish myths make it to the big screen? 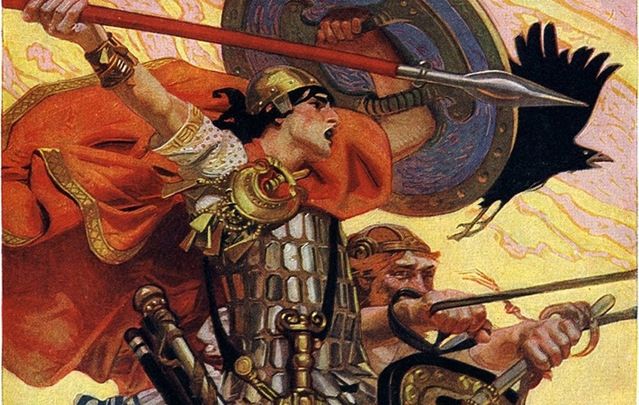 Ancient Irish myths have long been a staple of Irish childhoods, but few have ever made it to the big screen.

One man is setting out to change that. Waterford man and filmmaker Paul Bolger has long been interested in ancient Irish mythology and has set himself the challenge of making a movie about perhaps the greatest hero of ancient Ireland, Cú Chulainn (pronounced Ku Cullen).

Stories of the Ulsterman who killed a fearsome hound with his hurley, defended the province against the armies of Queen Medb of Connacht, and killed his own son have been recounted for generations and remain much loved.

“From my earliest days in film and comics, I was always struck by the lack of Irish characters in comics and blockbuster movies. So I set myself this goal of bringing Cu Chulainn to the silver screen,” he told IrishCentral.

And it’s not his first attempt; a previous attempt in 2010 failed to get off the ground but Bolger hasn’t let that deter him.

“The story of Cú Chulainn has plenty of humorous moments but it’s not a comedy. I want to create a darker toned, grown-up film about the Hound of Ulster that would appeal to audiences across the globe.”

First the tale was published as a comic book with the hope that if, “We could show our story in pictures without a camera in sight and convince investors and audiences alike that this is a film waiting to happen."

The book became a trilogy and although thought up as “nothing more than a stepping stone to producing the movie” have gone on to win prizes and have even translated into Irish - Cú Chulainn’s own native language.

The team is still crowdfunding to help bring the project to a cinema theater near you and if you’d like to donate you may do so here.