The US President added to the Celtic revival and the reinterpretation of the Celts. 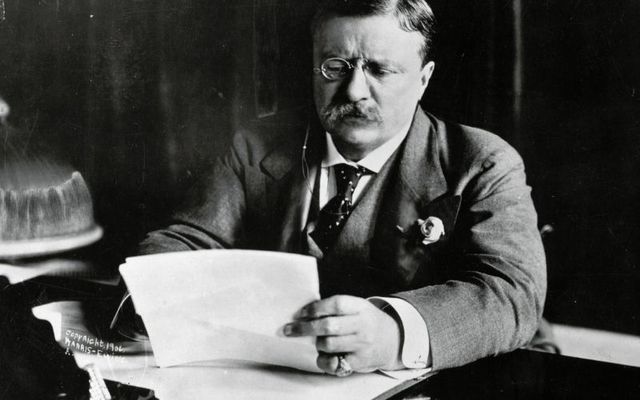 Despite showing his opposition to Irish immigrants in America who failed to become “proper” Americans i.e. deny their culture and heritage in return for taking on US traditions, former US President Theodore Roosevelt was a big fan of one particular part of his own ancestral heritage—Celtic myths and sagas.

Although he himself had Scots-Irish roots, Roosevelt referred to Irish-Americans as unpatriotic for putting the interests of Ireland ahead of the interests of the US by supporting neutrality in the First World War. Nevertheless, he could not help but be fascinated with the ancient Irish stories and, in particular, with the story of Cúchulainn.

Cúchulainn (Irish for Culann’s hound) is a mythological Irish hero found in stories from Ulster.

Born as Setanta, he is believed to be the incarnation of the god Lugh, who also happened to be his father. He earned his more famous name in his childhood when his skill at hurling enabled him to kill the fierce guard-dog of Culann when attacked. Leaving Culann with no dog, Setana offered to take his place protecting Culann until another dog was found. For that Setanta was forevermore known as Cúchulainn.

A brave and fearless warrior trained in the art of combat by renowned warrior-woman Scáthach, Cúchulainn is best known for the story of his single-handed defeat of the armies of Queen Maeve of Connacht in the famous Táin Bó Cúailnge (Cattle Raid of Cooley) when he just 17 years old.

Over the last century, Cúchulainn has been portrayed in all his heroic glory: a brave warrior with long hair fighting off the armies of Connacht from his chariot.

But it may be that this image of Cúchulainn that we know today is thanks to the interest of President Roosevelt.

In 2011, the National Library of Ireland acquired a collection of letters for the Irish state that included letters from Pres Teddy Roosevelt. Purchased for $1,900 (€1,800), the letters show the extent of the president’s passion for the story of Cúchulainn and Queen Maeve and his awareness of the political situation in Ireland at the time.

Roosevelt, who was president from 1901 until 1909, had discussions with TP Gill, who spent a time as both secretary of the Irish Department of Agriculture and Technical Instruction and as an MP for the Irish Parliamentary Party at Westminster and as editor of the Dublin Daily Express.

In a letter from his home in Oyster Bay in New York in 1903, Roosevelt revealed that he had read Lady Gregory’s “Cuchulain of Muirthemne” and Douglas Hyde’s “Literary History of Ireland,” two prominent figures in the revival of Irish mythology in the early 20th century.

This was during the period known as the "Celtic Revival" in Ireland when people such as Lady Gregory and Hyde promoted art, writing, mythology etc. which was deemed to be associated with the Celtic people (although there is much debate as to whether there was such as thing as one Celtic people and one Celtic culture).

Thrilled with the interest shown by the US president, Gregory sent a reply to his letter thanking him for his support and encouraging Roosevelt to pursue his interest further.

The culmination of this was a major essay from Roosevelt entitled “The Ancient Irish Sagas,” published in “The Century” magazine in New York in 1907. In the essay, he outlined his very detailed knowledge of Cúchulainn and other Irish mythological figures, throwing even more weight behind the movement.

“It is much to be desired that, wherever possible, chairs of Celtic [studies] should be established in our leading universities,” he said.

Alongside this essay was an illustration of Cúchulainn and of Queen Maeve by the renowned illustrator JC Leyendecker that portrayed all of the features we have come to associate with one of Ireland’s favorite mythological characters.

“Within a year, versions of Leyendecker’s portrait of Cúchulainn could be found in any number of penny pamphlets in Ireland, promoting the idea of heroic Irish sacrifice in many nationalist circles,” John Waddell, Professor Emeritus of Archeology at NUI Galway and author of the recent study “Archaeology and Celtic Myth,” told the Irish Times.

“So the Celtic warrior myth fed into all sorts of things, good and bad.”

This image of Cúchulainn was to take the already much-loved story and give it a new life. It acted as the inspiration for famous revolutionary figures such as 1916 Easter Rising leader Pádraig Pearse, featured in pop art and comics, and heavily featured in murals of both Republicans and Loyalists during the Troubles in Northern Ireland. (Given his origins as a protector of Ulster, loyalists took Cúchulainn as a sign of their own desire to keep the six counties safe from the Republic.)

Some felt that Cúchulainn was seen as a physical representation of what it meant to be “Celtic” a subject which to this day draws much debate. This debate may not have existed, however, if it wasn’t for the support of Roosevelt and the interest he showed.