Today is Submarine Day! Did you know the Irish were behind it?

The incredible tale of John Philip Holland and how he came to invent the submarine. 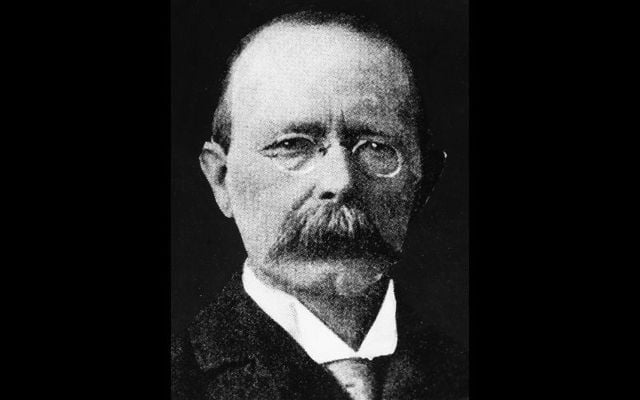 John Philip Holland, the inventor of the submarine, from County Clare. Getty

As if March 17 wasn't Irish enough! Did you know that today is officially "Submarine Day" and John Philip Holland is the Irish inventor behind the submarine!?

John Philip Holland and Thomas Edison, two of the greatest innovators during the Age of Invention, corresponded about the merits of their creations in 1904.

In his correspondence, Holland let Edison know about the profound impact his invention would have upon humanity.

Holland genuinely believed that so lethal was his creation that it would serve as a deterrent to war. ''Submarines have assuredly come to stay, animated with the desire of helping to end naval warfare,'' wrote Holland.

It is said that when an English man looked out to sea, he saw the waves which Britannia ruled with its all-conquering navy. When an Irish man gazed upon the ocean, he heard beyond the sea of tears, the call of new lands. Holland’s mechanical genius was to be dedicated to altering this state of affairs.  His invention would change the course of modern warfare.

As Holland lay dying in August 1914, the Great War had just begun, and within days, the lethal potential of the Irishman’s submarine invention finally dawned.

An Irish home shaped by myth and famine

John Philip Holland was born just off the Atlantic coast in Liscannor, West Co Clare on February 28, 1841, to a coastguard officer father and a Gaelic-speaking mother. His upbringing in West Clare was marked by lands steeped in mythology.

Nearby to his birthplace lay the legendary land of Kilstephen, or Cill Stíopháin. There are near-constant references throughout the ages to this mystical place, which is said to have been submerged at the time of the great 8th-century earthquake. Ironically, legend has it that once every seven years it rose above the surface of the waves but with it came a terrible curse.

It is written in the Annals of the Four Masters in 799 A.D. "a great storm of wind, thunder, and lightning happened this day before St. Patrick’s Festival this year, and it killed ten and one thousand persons in the Territory of Corca Baiscainn, and the Sea divided the island of Inis Fithae into three parts."

Holland would also have been aware of the religious belief that a monstrous eel burst forth from the depths of Liscannor Bay to feast on the corpses laid to rest at the graveyard, and that the local saint, MacCreehy tackled this great beast and slew it after a long fight.

Holland grew up close to where the Cliffs of Moher begin at Hags Head where the rock assumes the shape of a seated woman, a Sphinx-like head looking eternally westward to the setting sun. He would have learned at the local school of the Spanish Armada ship, the Zuniga, which succeeded in landing and in getting some provisions in Liscannor. Holland knew of the sea’s secrets from the cradle.

John Holland was born at the beginning of a decade of famine in Ireland and a cholera epidemic raged in its wake. When defaulting-tenants were evicted from their cottages, landlords saw to it that the thatch was stripped off the roof to prevent impoverished families from coming back. It was a process known as ‘leveling’ and the young Holland would have witnessed such tragedy growing up. To him, it symbolized the tyranny of imperial domination, and it fired him to hit back.

John Philip Holland (Philip was the religious name given him) joined the Order of the Irish Christian Brothers in 1858 and became a teacher. He was sent to the North Monastery in Cork for his first assignment and there he met Brother Dominic Burke, a noted science teacher, who encouraged Holland’s scientific experiments.

In these formative years, he studied astronomy and worked on the theory of flight which experts said was accurate. He later developed this theory in The Practicality of Mechanical Flight, published in 1891, which was hailed by peers as an extraordinary achievement at a time when the Wright brothers were contemplating the opening of a bicycle shop.

While in Cork City, Holland started to experiment with small models of submarine boats and a pond in the school grounds was used to test his designs. He was thinking along the same lines of David Bushnell whose Turtle (a full-size model of which is exhibited at the Royal Navy Submarine in Gosport, Britain) was designed to attack British men-of-war in New York Harbor during the American War of Independence.

In 1872, Holland’s mother and his brother Alfred immigrated to the United States, and in that same year, he decided not to take his final perpetual vows.  Instead in 1873, he departed for Boston carrying with him submarine designs, which formed the basis of his initial submission in 1875 to the US Naval Department.

Soon after, he began courting his future wife Margaret Foley and they went on to later have three sons and a daughter.

In 1874, he had found himself in a teaching post in St. John’s Parochial School in Paterson, New Jersey. It was here that John Philip Holland immersed himself in the working design of the submarine.

This Clare exile was soon to come to prominence in Fenian circles. There was much revolutionary fervor in the Irish American circles that Holland moved in.  At a New York fund-raising social for the Catalpa expedition, John’s brother, Michael, who was an activist, introduced him to members of the Clan na Gael leadership, who saw the potential of his designs in a covert naval war against Britain’s powerful fleet.

The US Naval Department had already rejected his submarine plans as impractical, “a fantastic scheme of a civilian landsman”.

The success of this 14-foot model led to the $20,000 funding by the Fenians on a second venture by Holland in 1881. This craft, over twice as large as its predecessor and dubbed the ‘Fenian Ram’ by a New York Sun reporter, was also successful.

A Fenian rift sinks a prototype

While Holland was engaged on a third prototype project, an internal rift developed amongst the Fenians, some of whom were growing impatient about the slow progress on the diving boat. One group decided to take the ‘Ram’ into their own hands.  One source suggested that this was primarily to avoid legal sequestration while their monies were in dispute.

Led by John Breslin, with forged papers, they towed the Fenian Ram and Boat No. 3 up the East River into Long Island Sound. Just off Whitestone Point, the prototype was sunk, and the Fenian Ram was taken to Mill River in New Haven where it remained in a shed until the 1916 Easter Rising, where it was displayed at Madison Square Gardens to raise money for dependents of the Rising in Dublin.  The Fenian Ram is today on display at Paterson Museum, New Jersey. 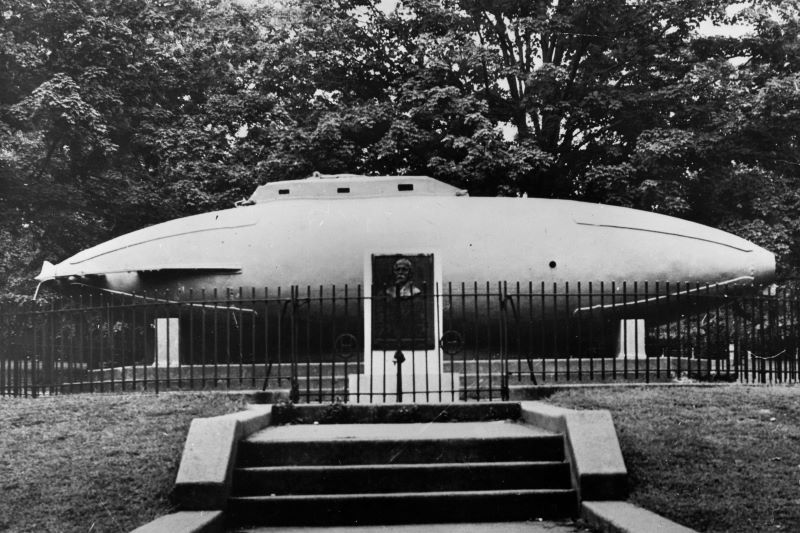 The Fenian Ram in New Jersey circa 1973 (Getty Images)

Holland was furious, declaring "I’ll let her rot on their hands," and thus ended the great "Salt Water Enterprise."

Holland went on to eventually sell the designs of his Holland VI model, which used a gasoline engine on the surface and electric motors underwater as propelling machinery, to the US and Japanese navies.

He also, ironically, sold the design to the very power he had originally intended to employ the submarine against, the Royal Navy.

Due to the deception of erstwhile litigious colleagues, Holland never bore the full financial fruits of his labor.  He was, however, honored with the Fourth-Class Order of Merit Rising Sun Ribbon by the Japanese Ambassador for his distinguished service to the Japanese nation.

Following Holland's death in 1914, The New York Times reported that “although he was interested in submarines, Mr. Holland was opposed to war, and his idea of submarines was to incapacitate warships and not to destroy them and kill the men on them."

This was, after all, a man, who in his 1907 Sketches and Calculations, planned a 40-passenger submarine “for amusement at seaside resorts”, with large circular ports for viewing the underwater world. He also explored the peacetime uses of the submarine and discussed its potential role in scientific research.

Within 40 days of John Philip Holland’s death, however, the lethal potency of Holland’s creation was to unveil itself. One single submarine in one day alone turned a small area of the North Sea off the Dutch coast into a struggling mass of humanity when it claimed over 1400 lives in the sinking of three British light cruisers.

Although the Holland VI was formally commissioned into the United States Navy on October 12, 1900, the date it was officially bought, April 11, 1900, is celebrated by the US Navy as the submarine's birthday.

Another day when Holland is now perpetually commemorated is May 1, which, was declared as John Philip Holland Day in Paterson, New Jersey in 2006. The day is now established in tribute to the Liscannor born inventor of the ‘Modern Day Submarine’ John P. Holland.

Come all you young Irishmen who walk upon the land,

There are feats indeed, and fairy creeds, that you might understand:

There is one of them that comes to mind, the likes were never seen,

He was John Philip Holland who invented the submarine.