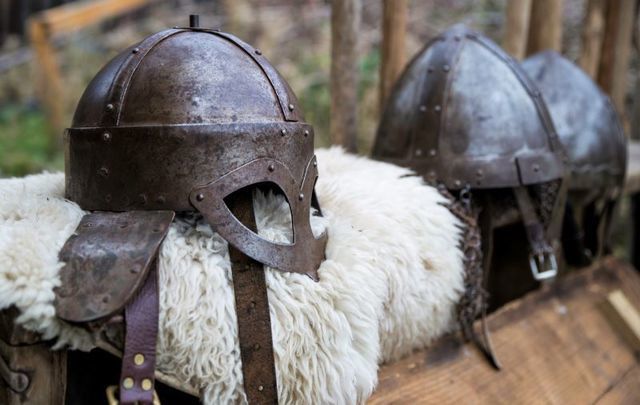 Irish Vikings came from Norway and had brown hair, not blond, according to the largest ever DNA analysis of Viking remains.

The study, published by the leading international journal "Nature" in 2020, revealed that Irish Vikings didn't have the flowing blond hair commonly associated with the Scandinavian warriors.

The results of the six-year study found that there were clear ancestral differences between Irish Vikings and those across the Irish Sea in Great Britain.

In another incredible collaborative piece of research, involving Dr Lara Cassidy from @tcdgenmicro, the first genome sequences of Irish Vikings have revealed ties to Norway and interactions with the locals.

English Vikings' DNA had a very strong Danish influence, according to the study, while Irish Vikings appeared to come from Norway.

Dr. Lara Cassidy, Assistant Professor at Trinity College Dublin and a co-author on the paper, said that it has long been suspected that Irish Vikings came from Norway and that it was fantastic to be able to confirm that theory.

"In general, Irish Viking genomes harbor high levels of Norwegian-like ancestry. This is a real contrast to what we see in England during the same period, where there is stronger Danish influence," Cassidy said.

Researchers studied the genomes of three Viking men and one Viking woman buried in Dublin and Galway as part of the study.

The study debunked the long-standing myth that all Vikings had flowing locks of blond hair and found that there was ancestral diversity across Viking communities throughout Europe.

The study additionally found that Irish and English people took up the Viking way of life. A Viking burial on Ship Street in Dublin showed very little Scandinavian ancestry and closely resembled the DNA commonly found in remains in the north-west of Ireland.

Additionally, two Viking skeletons in Orkney, Scotland, were buried with swords in the traditional Viking tradition. However, the two skeletons closely resembled the DNA of present-day Irish and Scottish people, suggesting that being a Viking was a job description or a way of life and not a matter of heredity.

Dr. Ashot Margaryan, Assistant Professor at the University of Copenhagen and first author of the paper, said Scandinavia was a dynamic place during the Viking era, resulting in genetic differences across communities in Denmark, Noway, and Sweden.

"We see regional genetic differences between Norway, Sweden and Denmark, as well as influence from Southern Europe and Asia. There was never a single unified 'Viking World' and now we see that there is no single Viking genetic identity either," Margaryan said.