Yes, the Irish do have Viking DNA and are also more prone to certain diseases, DNA tests show. 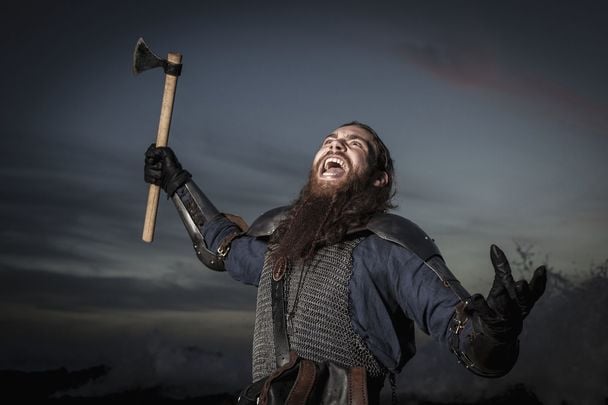 A “DNA map” of Ireland reveals that the Viking raiders intermingled with local women far more than was previously thought.

Genealogist Gianpiero Cavalleri of the Royal College of Surgeons pieced together a detailed map after studying the DNA of over 500 Irishmen and women.

“Plenty of clues already showed that Vikings had been to Ireland, including ruins, artifacts, and Norwegian family names… The [genetic] signatures that turned up in Ireland are most similar to those from the north and west coasts of Norway, where Vikings were most active,” Cavalleri told National Geographic in 2017.

The Vikings from the Scandinavian countries began raiding Ireland around 800 A.D. and continued for two centuries before Brian Boru defeated them at the Battle of Clontarf in 1014. In those two centuries, they certainly left their mark and in much higher numbers than previously believed.

Another interesting conclusions are that people whose family come from Ulster are more prone to multiple sclerosis than people whose roots are in Munster. The Irish overall are more likely than other Europeans to suffer from cystic fibrosis and celiac disease too.

Other trends are less unexpected: there was a clear genetic divergence amongst people whose families came from Ulster which ever since the Plantation era has experienced waves of migration to and from Scotland. Other provinces showed up clearly in the results too but Ulster was unique in this regard.