A research paper from 2018 confirms St Patrick’s birthplace as Old Kilpatrick in Scotland. 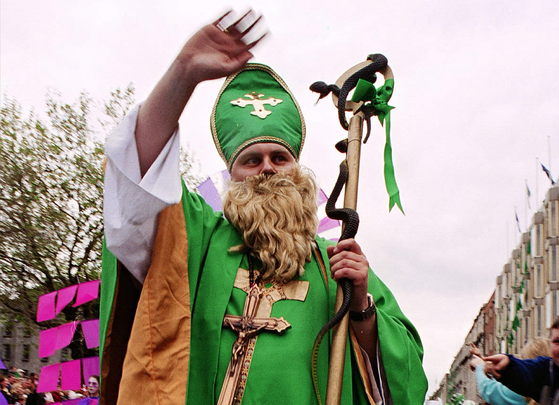 The paper “Saint Patrick's birthplace & the names of the Roman forts along the Antonine Wall” states that new Roman period place names assigned to four places along the Antoinine Wall, which was constructed in Scotland around 142 AD by the Romans, confirms St Patrick’s birthplace.

The four name places include three forts along the Antonine wall (VOLITANIO (Mumrills), MEDIO (Balmuildy), NEMETON (Old Kilpatrick) and one settlement beyond the wall SUBDOBIADON (Dumbarton).

According to the researchers, a link found between the Roman names on the wall and St Patrick’s birthplace securely ties the saint’s place of birth to Old Kilpatrick.

It proves St. Patrick, the Apostle of Ireland, was born in the year 387 at Kilpatrick, near Dumbarton which is in Scotland. Patrick tells us that he grew up in Bannavem Taberniae, but efforts to locate this place precisely have so far failed. He tells us elsewhere that he was a Briton, and a Roman citizen.

One place suggested for this has been southwest Scotland, which would be close to Ireland for raiders, and would also explain how Patrick knew Coroticus, who is named as king of Dumbarton in the fifth century in Welsh annals. As a teenager, he was kidnapped by Irish raiders and enslaved as a shepherd for several years. He attributed his ability to persevere to his faith in God.

His birth name was actually Maewyn Succat -- it wasn't until he was in the Church that it was changed to Patricius, or Patrick.

Old Kilpatrick is located at the western end of the Antonine wall, making it the seventh of the main forts along the wall - SUBDOBIADON, Yet, the Gaelic hymn of Fiacc records Nemthur as the birthplace of Saint Patrick. The paper explains the mismatch between SUBDOBIADON and Nemthur.

Here is an excerpt from the paper:

If we postulate a mistake by a copyist joining MEDIO and NEMETON, we obtain not only a good match for Old Kilpatrick, but for three successive entries on the Ravenna Cosmography:

1. between the new 6th entry MEDIO and Balmuildy (Gaelic for Town of Muildy), the previous big fort,

2. between the new 7th entry NEMETON and Nemthur, and

3. between the new 8th entry SUB-DOBIADON and Dumbarton, the next obvious place with a Roman association and the likely port serving the wall.

MEDIO can be translated as "cultivated" or "meadow", which best fits the site at Balmuildy, as this is the only large fort on a river in arable land.

"Nemeton" is generally agreed to mean a sacred place, which would suit the religious background of Saint Patrick.

The missing "M" in Dumbarton versus Roman "Dobiadon" may be explained by the local Welsh-like language in Strathclyde. If we postulate that "do" in "Do-biadon" is the same as Welsh douu/dom, with the meaning "settlement associated with (another)", then SUBDO(M)BIADON can be translated: "Sub (Latin Under) + dou(m) (settlement associated with) + Biadon/Bia-don (the fort or hill of Bia). A weak "M" in the local dialect would explain the missing "M" in SUBDOBIADON compared to Dumbarton.

This week "well "M" may also explains the extra "M" in Nemthur compared to the local place name of (Dou)notyr, now Dalnotter, a site located above an important ford of the Clyde. This ford was undoubtedly always an important location and likely to be settled in the Roman period. Thus it is an obvious candidate for the original location of Old Kilpatrick.

Finally, if we accept a variant reading of an inscription at found Mumrills fort, this inscription confirms Mumrills was VOLITANIO, the second entry of the Ravenna Cosmography.

In the field of British Roman place names, Roman names have often been allocated to places based on far less evidence than even one of these matches. So to have three names in a run is exceptionally good evidence, as it is very unlikely to occur by chance.

This compels us to conclude that Old Kilpatrick is the NEMETON of the Ravenna Cosmography, Nemthur of Saint Patrick, and that this name is likely retained in the name "Dalnotter", a small valley just at a key ford across the Clyde.

The research paper can be found in its entirety here.